I’d Love To Back A Story With A Woman Protagonist, Says G.O.D Producer Radhika Lavu

In part 2 of our interview with Radhika Lavu, we get insights on her upcoming passion projects & the secret behind the interesting cast of G.O.D 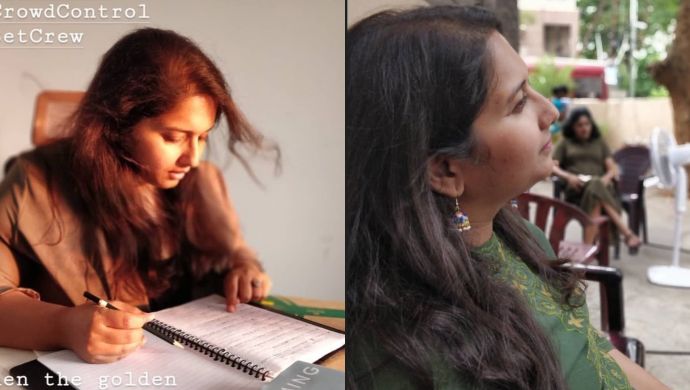 Of late, we have all come to believe that OTT is the next big place. For storytellers, for content creators and for viewers, OTT has given a platform to everyone and has served all tastes. At a time, when every piece of content finds its niche, it has become challenging and exciting to find something pleases a larger chunk. One web-series that qualified in that, with flying colours, is the ZEE5 original show, Gods of Dharmapuri. It’s creator-producer, Radhika Lavu, and her team was recently awarded for Most Viewed Regional Series in November at the High-Five with ZEE5 awards ceremony. In part 2 of our exclusive chat with her, we speak to her about the stellar cast, her upcoming projects and Season 2 of G.O.D.

Q. What was the one thing about GOD that made you believe that it is a story needs to be told?

A. It’s an underdog story. They are extremely riveting, raw, down to earth and very true, if told well. GOD is a simple story, of a family that migrates to a mining town, for better prospects. And, how they become the next sought-after family in the whole region. So, that itself says it all.

Q. What are your views on migration, given the current scenario of our nation?

I think across the world we see immigration. People migrate from one land to another for better prospects. I’ve had my fair share. My heart goes out to those people. I don’t want to get all political here, but we read it, day in and day out. People migrating, I think they’re very brave. They leave their homeland to go to a land that they do not know. Still, they are brave enough to start their life over. Even here, it’s the same scenario here. A family of four – they left their motherland and the place that they are born and brought up in – they migrate to an unknown place. They don’t know what’s in store for them. The family, Pratap, Saroja, Ravi and Venu, they deal with it. I think they’ve gone through their fair share of trials and tribulations, of adapting to the place and trying to make it their own. This was what drew me in completely.

Q. How did you zero-down on the actors and how difficult was it to gather everything – the logistics and the people?

A. It’s been almost a decade that I have been producing documentaries and commercials. So, the schedule is not a problem. But yes, choosing the right actors, that was a task. We were very clear that we would like to come out with very off-beat actors and an unconventional cast. We didn’t want to cast someone who is meant for that role. We have that ability in Indian films. Somebody who does politician role is offered a politician’s role, somebody is an antagonist is offered all the antagonist roles. It’s being type-cast. I should not cast someone who has already been playing a suppressed miner. Let’s come out with a very different, fresh and interesting cast. It’s a very warm welcome. It’s a very nice feeling when you see the right people. I had people write to me, ‘you’ve got the casting bang on’. I had people come up to me and say that. People are noticing that. Audiences are very intelligent. We didn’t give in. being persistence is the key.

Q. Your story is motivational for many youngsters, women especially. Can you tell us a little about your journey?

A. I’ve learnt about the different categories in filmmaking. I did my Masters in filmmaking from London. I wanted to put my education to good use. I came back and I was making documentaries for the government for four years. I’ve made 100+ documentaries for four years, on education, health care. Post which, I progressed towards television commercials. And I like to challenge myself. It is more important that I need to self-motivate. When I get up, I need to do something. I need to get up and get going. For me, it’s more heart-centric. I am a very passionate filmmaker. Being a producer, I try balancing two boats, one is creative and the other is business. And, that’s the combination which keeps me going. I like to see where I can put my skillset, I love experimenting. And it’s a great time to make content, for story-telling. We love telling stories – which platform? How does it matter? And you would like audiences to watch your content. It’s very important for me to work on stories that inspire me, each day to do better than what I did the day before.

Q. And what message would like to pass on to – women trying to make the cut and for people with fresh ideas and fresh stories?

A. Do not be bogged down by external factors. Self-confidence is one important key. Also, keep a tab on what you’re doing. As a woman, I think she has multiple roles. I am a mother to a five-year-old daughter, a wife, with a huge family. We look at ourselves and think that we have to do these roles to perfection. We are very hard on ourselves. It’s a graph that I have learned with my working time + my family time. So, as a woman, I think it’s very important to have targets. Targets are something that I put for myself, yearly targets. There are no boundaries to creativity. Having self-confidence and also, do not be too hard on yourself. Having a futuristic vision in terms of where you want to be, set targets and a good work ethic. Have a good team.

Q. Since you spoke about targets, what’s your resolution or target for the year 2020?

A. GOD was all about men. I’d love to do women-centric series. When I say woman-centric, it’s wrong. I think, a woman-protagonist series. Children are our untapped audience. So, something for them, too. I’m reading books and many autobiographies of women leaders. I am doing a lot of research and I’d love to work on that.

Crushing On Three Half Bottles’ Aditya? Treat Yourself To Pictures Of…

Monday Motivation: 10 Inspirational Quotes To Kick-Start The Week On A High Note

Q. When are we going to get season 2?

A. Watch out this space for more. (Laughs). As a storyteller, as a producer, I am looking at myself also at what I can put forward to my audiences – which is much bigger. I have to live up to the expectations, to begin with, and something that can be more challenging. I’ve made GOD, what’s next? Something that goes on in my mind as well. So, we are mulling over what we have to do. We’re also speaking with ZEE5, Tarun (Katial, the CEO). Something great is going to come out. So, watch this space.

Read how the journey of GOD was, from the producer’s point of view, how the story impressed her and more in Part 1 of the interview. For more, check out other exclusive interviews here and watch Gods of Dharmapuri on ZEE5.