Check out what the Nandi Award-winning actor, Arjun Ambati has to share about his experiences in the ZEE5 Original N.E.R.D. 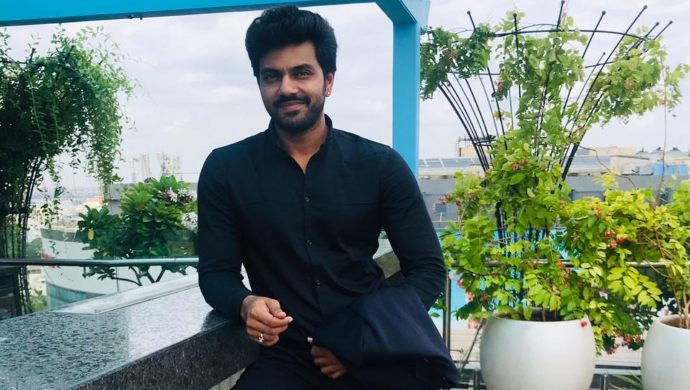 ZEE5 Original Series, murder mystery N.E.R.D. – Neither Either Really Dead is the current hot stuff on the platform. As mentioned in the review, the series introduces us to actor Arjun Ambati as a cop, and we end up rooting for him. Arjun juggles his way between feature films and web series’. In 2016, he made his debut with Ardhanari and even bagged a Nandi Award for the Best Actor.  Later, he was seen as the villain in Gopichand’s Soukyam. He went on to do more films and finally, we spotted him in this ZEE5 Original.

In the midst of his work schedules and classes, we caught up with Arjun over a phone call and had a candid conversation about his recent work. Read the edited excerpts of the interview here.

A. It was a crime thriller and a psychological thriller, of sorts. And the whole investigation process was very interesting to me. That’s what drew me to the project.

Q. How would you describe your character?

A. An intense cop, who has the will to solve each case that comes to him. He has the ability to deal with whatever comes his way. And an angry young man.

A. I didn’t prepare for the character, in a way. I liked the character and I knew I could do it. I have been in the industry for 6-7 years. I’ve played all sorts of characters — cop, social activist, female, old man. So because of past experience, this was a little easy for me.

Q. Your most favourite part about playing a cop?

A. Getting to investigate people — that has to be my favourite part about playing a cop.

A. There isn’t anything as such. I had very little time on the sets. I think we wrapped up in maybe four to five days. I couldn’t interact with people much.

Q. Do you have a favourite memory?

A. In one of the scenes, I had to interrogate Balu, who was the only friend Hasvanth had, and that happens in a very sarcastic manner. That’s my memorable moment. As I said, I didn’t have a lot of time to interact with anyone. In fact, I did not even know all of them back then.

A. I have a couple of movies. One of the films, Ashwamedham, is releasing in August. I have a few other web series’ too.

No 1 Kodalu 17 July 2020 Preview: Peddayyaiah Asks Everyone To Stay Quiet

In Kalyana Vaibhogam, Will Jai Learn About Nithya's Existence Now?