Exclusive: I Connect With Radhika On A Personal Level, Says Sunainaa

The ZEE5 Original web series High Priestess actor opens up about her role, working with Amala Akkineni, her next projects and more. Read on for more. 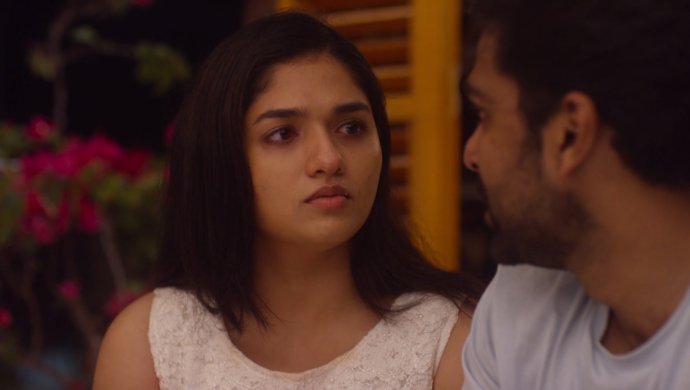 ZEE5 Original series High Priestess that stars Amala Akkineni in the central role has introduced us to new standards of storytelling. In the series, Amala is supported by a strong cast. One of them is the noted actor Sunainaa, who plays the role of Radhika. Her character is that of a girl who is bubbly, cheerful and lively, and very relatable,

Radhika’s story is that of a young girl who lives life on her own terms. She brings happiness to the lives of people around her. She parties like a teenager and takes care of others as a mother would. Sunainaa chose a story that strikes a chord with many youngsters and leaves her viewers with a heavy heart. We caught up with the actor for a chat. Here are edited excerpts:

Q. Your story pans out in two episodes, more than that of most others. How does it feel?

A. It feels great watching how wonderfully it has come out. We had such an amazing star cast. It was intimidating as an actor, to be honest, to be in one of the stories. My concerns were, ‘will it make a mark?’. And it definitely did. Because everyone who saw it loved the entire drama.

Q. Your story is that of most youngsters. Did you relate to it? What was your source of reference or motivation?

A. I was one of those actors who had the opportunity to choose what they wanted to do. So, I chose the most relatable story. Also my character, Radhika, is someone I connect with on a personal level. I see certain characteristics of her personality in myself. I’m sure a lot of people will connect with her, she is lively, full of love and life.

Q. What is your message to those dealing with drug abuse and domestic violence?

A. I personally wouldn’t know how to deal with something like these because I have never had to face them myself in real life. I will only say, talk to people if you ever feel you are alone because you never are. And about domestic violence? Leave relationships like that. Try and get help. All you have to do is ask, and people will come to your rescue.

Q. How do you think High Priestess has dealt with these issues?

A. The series has dealt with these issues very well. If you watch it, you will find that there are a lot of messages that it conveys. But again, this is storytelling. It will not always end well or end with a good message.

Q. How did you prepare for your role?

A. I had a lot to emote. I prepared myself for 10 minutes by drawing those emotions, before the shoot, by sitting in silence. I have done the same for all my Tamil films. It works for me. I have also dubbed for this role. But I didn’t know how I was going to dub because I have never dubbed for myself, even in all my Tamil films it’s someone else who does that. So that was one thing I wasn’t prepared for.  It’s difficult as I’m not fluent in Telugu or Tamil. But somehow, I did it!

Q. Did you take any acting tips from Amala Akkineni?

A. Acting tips? Not really. Life tips? Yes! But I took them myself just by observing her. Her grace and kindness are something we can all learn to have.

Q. How was the experience of working on the web series?

A. I have worked in one show before High Priestess, so I know how it is to be on the sets of a web series. Honestly, it’s a lot of fun. You have so much more detailing happening, character background, etc. And you get all the time in the world to get into your character.

Q. What’s coming up next for your Telugu fans?

A. I am hoping that one of my Tamil films will be dubbed in Telugu. It will be even better if I do a Telugu film. As of now, I’m shooting for Tamil films. But you never know…

Watch High Priestess on ZEE5, if you haven’t already. If you’re looking for something hilarious, check out ZEE5 original series Mrs Subbalakshmi.

Watch Anando Brahma, The Taapsee Pannu-Starrer Horror Film With A Hint Of Comedy, On ZEE5