EXCLUSIVE: I Am Already Getting Fame With Kailasapuram, Says Actor Mohit Pedada

We caught up with the honest and righteous Shiva from Kailasapuram, who is a tad bit shy in his real life, to talk about his journey. Read on. 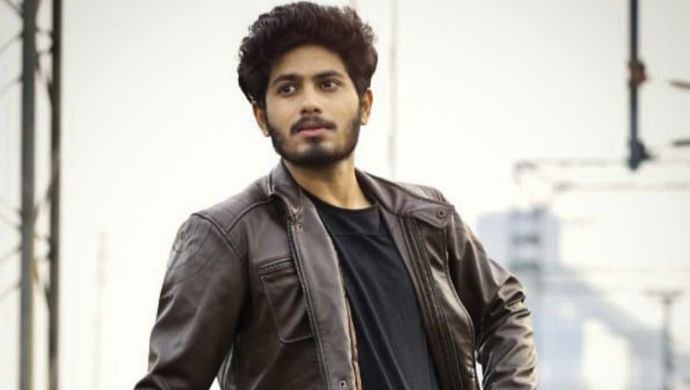 The ZEE5 Original series Kailasapuram, set in the small town of Vishakhapatnam, tells an unusual story. The six-episode thriller series is essentially one story in which many others are weaved in effortlessly by director Bhargav Macharla. We can’t help but lose ourselves in their journey. The lead character, Shiva is a righteous and honest teenager who makes mistakes and learns a lesson like everyone else. But what sets him apart is the fact that he has the audacity to stand up straight, apologise for his wrongs and work towards righting them. The actor playing Shiva, Mohit Pedada, is only a few short-films old and is taking in every bit the success of Kailasapuram.

We spoke to him over a phone call where the shy boy spoke about his first big break, his upcoming project, the success of Kailasapuram and more. Here are edited excerpts of the interview:

Q. How was the experience of working in Kailasapuram?

A. It was really, really good. I have done a few short films and web series. But after Kailasapuram, it’s all different. I have learned a lot here. Not only about acting but also things like punctuality, how to maintain relationships, the bond between a director and an artiste. I’ve learned that the more you interact with the director, the more you will know your own character.

Q. What do you think will happen with the success of this ZEE5 Original Series?

A. I am already getting a little fame from the success of Kailasapuram. I am getting a lot of calls and texts from my friends and relatives. They are all appreciating my work.

Q. What made you say yes to the project?

A. If you watch the series, nowhere does it encourage or promote the usage of drugs. It shows how using drugs can take your life and cause damage to your family or other relationships and friendships. It also emphasises how much love and happiness we need in any relationship. That’s why I said yes. Also, all the projects that I have done so far are love stories. So this was very different. That’s why I decided to experiment.

A. The director (Bhargav) first told us about the role. He then took us to the location and showed us how it is. We gauged everything, the people, how they’re dealing with things and the finally worked on it. We grasped everything about the characters only by observing them.

Q. What did you learn on the sets of Kailasapuram?

A. I learnt a lot about acting…how to instantly act upon the situation and create a whole scene. We all were involved a lot in our characters once we were on the sets.

Q. What would you suggest to people suffering from drug addiction?

A. I will never promote anything like that. And I don’t even have friends like that. For my gang of friends, having a beer itself is a huge deal. We fear that even. We are not inclined towards drugs at all. In fact, even on the sets, we did not make use of real substances. We used nicotine-free things in some places.

Q. Did you relate to the story of Kailasapuram?

A. Not at all. But once I started getting into the skin of my character, I started to relate. I kept thinking of how things would have been if it was me, or if I was in such a situation.

Q. What’s your favourite memory on the sets of Kailasapuram?

A. Favourite memory… Well, it didn’t feel like we were going to work on the sets. It felt as if every day was an occasion that we were celebrating. Every moment was memorable.

A. I have a new web series coming up. The name isn’t finalised yet. But it is slated to release in August.

The actor has delivered a promising performance in Kailasapuram. We wonder what lies ahead for him. You can watch this thriller web series or check out the hilarious What’s Up Panimanishi on ZEE5.

Relive Your College Days As You Binge Watch The ZEE5 Original Series B.Tech This Weekend

Kalyana Vaibhogam Weekly Update: Manga Wins The Title Of Miss Hyderabad As Herself