EXCLUSIVE: Felt Like I Paused Time For 35 Years: Sudha Chandran On Returning To Telugu TV

In part 1 of our chat with Sudha Chandran, the actress talks about returning to the Telugu industry after more than three decades with No 1 Kodalu 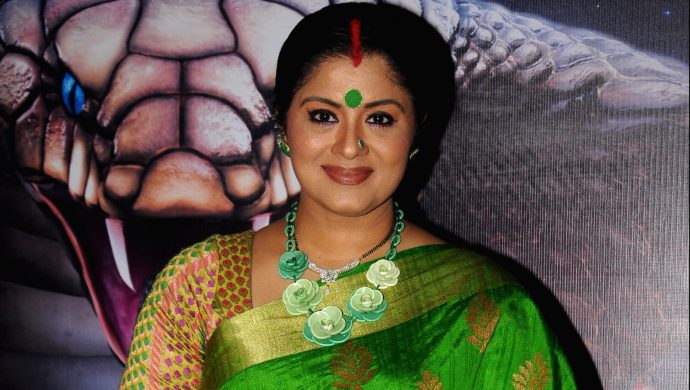 In a world that considers social media to be the real world, a personal conversation stands out to be strikingly amazing. Recently, we had the honour of having a personal conversation with the one and only – Sudha Chandran. Growing up in the 90s and in a South Indian household, one surely learns about the phenomenon that Sudha Chandran was, is and will continue to be. Having started her career with the Telugu film Mayuri, this amazing lady returned to the same industry after 35 years, with the Zee Telugu show No 1 Kodalu. That in itself is a huge deal.

When I found myself on the other line, waiting for her to complete a shot and join the phone call, I was nervous. Maybe it was just the excitement. What followed was a 20-minute long conversation with one of the most talented actresses who spoke about returning to the Telugu small screen after more than three decades and more. Read the edited excerpts of the interview below.

Congratulations and thank you, for gracing Telugu audiences, after 35 long years.

You have never stayed away from the camera and in the industry. Then, why did we have to wait all these years to see you?

When people ask me this, I really don’t know what to say. In fact, that is one question that I keep asking myself. I wonder why people chose to ignore me, or why I chose to ignore coming back to Telugu. Maybe people thought I was too busy. That’s what happens when you are working in too many languages, you know? Everybody thinks that I am busy doing another language. But see, Zee Telugu came back when they wanted to cast me in a good role.

How has this comeback been?

Initially, I was very nervous when I signed the project. Because it is a huge responsibility. We were filming for the promo on the first day of the shoot. I was at the airport and someone came up to me and said, “Meeru Mayuri Kada?” I thought, oh my god! 35 long years. People forget you. Even if it is more than a month, people tend to forget you, you are not relevant. But at that point, at the airport, I felt like I had pressed the pause button 35 years ago, and now I have come back.

How does it feel to debut at the age of 54 in the Telugu television industry?

Well, they say, the older the wine the tastier it gets (laughs). I have matured a lot as an actor. My idol, in acting, is the legendary actor – Late Mr Amrish Puri Ji. He came back as a superb actor at the age of 55. What an era he had after that. So, I think when good times have to come, age is just a number. Maybe, the Telugu audience gave me more time to understand and experience the art – and come back as a mature artiste.

Was it a conscious decision to stay from the Telugu content? Or were you waiting for something meaningful?

I believe that when things have to happen, they will happen. Especially my life, from my accident to where I stand today, nothing has been planned. I believe that God loves me so much that he puts the right thing in front of me. Success is all about being in the right place, at the right time, and in the right project.

So, how was it working in Telugu this time?

I was very new to the language. Although I debuted here, it has been 35 long years, I had lost touch with the language. But the team of No. 1 Kodalu stood by me. The actors taught me the language, and the director made me aware of this media. More importantly, at the end of the day, we want to be accepted. That’s very important. In Hindi and Tamil, I know everything. But here, everything was new to me. So, the mere fact that the people have accepted me, and allowed me to grow, in the last three months, is a huge thing. I am ever-thankful to my team, to my producer, my actors, my technicians, and of course Zee Telugu – Anuradha ma’am, Jayant, Suri. It’s very important for a channel to trust you. And, to stand up to that responsibility is another big responsibility.

The show is full of actors who have earned a fan-following for themselves. But did they have a star-struck moment when they saw you?

Not star-struck. It happened to me, as well. For me, standing in front of Mr Amitabh Bachchan and Mr Rajesh Khanna was like a dream come true. It was not a star-struck moment. But it was more like seeing somebody you have idolised, in flesh and blood. That is a very beautiful moment. Because I have gone through it, I could see that in their eyes! They must have read about me, watched Mayuri, or their parents must have told them about the film. So, that is what I could see in their eyes.

Playing a strong woman isn’t new to you. In that case, how has Vagdevi stood out?

I’ve played strong women, but in the last three serials, I had a negative role. There, it is very easy to stand strong. And, because you are negative, the character gives you the leverage to go to any extent to perform. But Vagdevi is a positive character, and she is an educated lady. So, the line of demarcation becomes very thin. Because the moment a positive character goes a little above the line, you appear as negative. And we didn’t want that to happen. She is a woman of today, and her principal is – be your own person – don’t depend on others. This is also the message that we are giving out through the serial.

Stay tuned for part two of our conversation, where we discuss the ways of Sudha Chandran’s life and the reason she continues to be awesome. Check out the latest episodes and more updates of the show here.