In part two of our interview with the actor, we take his insights on his roles, his experiences as an actor and more. Read it all here. 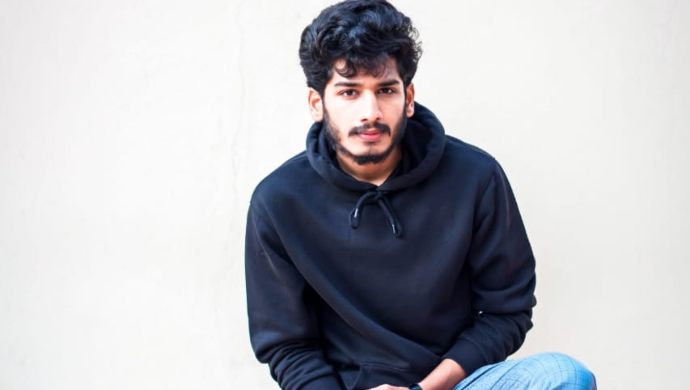 Amongst the many other things, debutante director Sarat Palanki’s ZEE5 Original film Ala introduced us to a fresh bunch of a talent who have already made a mark for themselves. Ankith Koyya, a 24-year-old B.Tech graduate, was introduced to us as Snehith, an extremely sensitive and emotional person. In part one of our candid conversation the with budding actor, we spoke about his character in Ala and his acting career so far. In part two of our interview, we explore his experiences in the film. Here are edited excerpts of the interview.

Q. In a way, you are the central character for most of the film. How does it feel?

A. Initially, I thought Mickey was much more of a flamboyant character and that he would be the one to grab the attention. Later on, when I read the script and Snehith’s character a couple of times, I realised how a big responsibility I had on me. I was really happy about getting this character. I felt great that some of the film’s responsibilities lay on my acting skills.

Q. How was working with Sarat?

A. The fact that he comes from a sports background, not to forget that he has been a national champion, tells a lot about him. He is someone who gives entirely to what he wants. He invested his money, time and even health. I could see his journey closely. There have been times when anybody else would have chosen to leave it all behind, but he chose to complete the film. This man does what is needed irrespective of what may come. One of the good things was that Sarat sir gave a lot of perspectives to his actors. Also extremely punctual, even after long hours of the shoot, he went back home checked all the clips to see if he got what he wanted. With 2-3 hours or without any sleep, the next day he would be on the sets on time again.

Q. What was the easiest and the most difficult emotion to adapt on screen?

A. The only extra takes that I took, were only during the pre-suicide monologue. I wouldn’t call it difficult, but yes I did take some time along with my director. We knew it was a very important scene. If people laughed at it or if they didn’t cry during that scene, the entire film would lose out on its meaning. There was no other difficult emotion that this guy goes through except for that one scene.

Q. What are your thoughts on depression and other mental health issues? Any message to survivors?

A. I have no message to give to the people who are already dealing with it. But yes, I too had gone through a phase like that, as we all do. And I had lessons that needed to be learned. I believe we, as people, keep multiplying our sufferings. But there was one thing… I did not want to give into the situation entirely. I wanted to get better.

Q. Has Ala changed anything for you?

A. As an actor, I became a mature person. As I mentioned, I have learnt a lot. I learnt about how something manifests into a product, right from reading the character to seeing how it played out. At times, I thought something would happen while shooting but when I saw it on screen, it was something else. I developed a better understanding of what and how things work.

Q. When are we seeing you next on-screen?

A. I have already shot for a film that’s titled Johaar. It’s a very native script and I strongly believe in it. It features Shubhaleka Sudhakar garu, Easwari Rao, Naina Ganguly and Esther Anil. That might be my next release.

We wish the actor a whole lot of success and hope to be blown away by his screen-presence yet again. Until then, find yourself trying to figure out the weirdest love-triangle in ZEE5 Original What’s Up Panimanishi.

Natural Star Nani And Shraddha Srinath As Arjun And Sara Bring Back The Retro Vibes In Jersey, Watch It On ZEE5 Now

Gear Up For An Eventful July On ZEE5 In All Languages!