Actor Chandini Chowdary opens up about the difficulty in scoring films, as a Telugu girl & dealing with the hatred that comes her way for being vocal 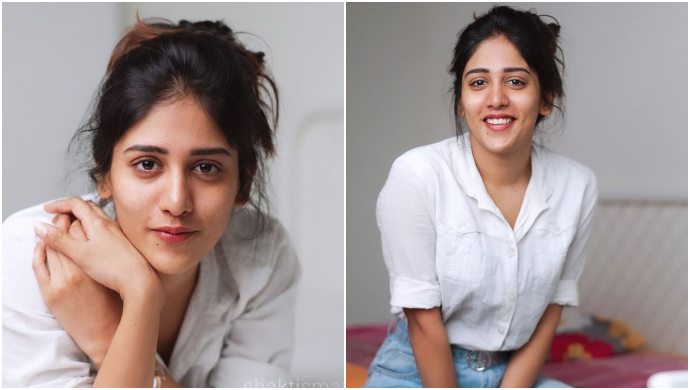 The latest ZEE5 Original, Gods Of Dharmapuri, is a political saga. It traces the journey of a family and the people around them, who are caught up in the vicious circle of greed and revenge. The show is setting new standards for the Telugu digital content and is helmed by Anish Kuruvilla and his strong ensemble team. The cast has many noted names from the various South Indian film industries. Just like the characters, the actors too are strong-headed and powerful in their own right. Recently, we spoke to Chandini Chowdary, who plays Swapna in the 10-episode series.

Chandini is a young Telugu girl from Vizag who shot to fame with the short films that she was associated with, during her college days. Later, the filmmakers from TFI approached her for feature films and there has been no looking back, ever since. However, while things seem to be great at the surface, Chandini has a lot to say about the current situations in the industry. She questions, “You tell me how many Telugu girls are making it big in the industry?” To this, she further adds, “It’s actually disheartening and disappointing that the same people who we looked up to while growing up are the ones who refuse to cast us Telugu girls.”

Earlier this month, Upasana Konidela raised the issue of underrepresentation or lack of representation of South Indian actors or celebrities on a national level. She voiced it out in an Instagram post. And this became the founding ground of Chadini’s train of thoughts.

Dearest @narendramodi ji. We in the South of INDIA admire you & are Proud to have you as our Prime Minister. With all due respect we felt that the representation of Leading personalities & cultural icons was limited only to Hindi Artists and the The South Film Industry was neglected. I express my feelings with pain & hope it’s taken in the right spirit. 🙏🏻 Jai Hind

A post shared by Upasana Kamineni Konidela (@upasanakaminenikonidela) on Oct 19, 2019 at 11:21am PDT

She says, “Now imagine the same happening regionally. Telugu girls are not included in the industry. I can literally count on fingers how many Telugu girls are there in the industry. People don’t speak up because there’s a lot at stake. You don’t want to offend people or lose out on opportunities. Even I have that I fear. I don’t want to be in anyone’s bad books. That’s why I’m trying to explain in a way that people can understand that it’s coming from a place of pain and being an outcast in your own place.”

However, she is grateful for the opportunities that come her way and looks forward to sparking a discussion that would encourage more homegrown talent and appreciate them. We hope this helps in her furthering her good cause. For now, check out the 10-episode series, G.O.D on ZEE5.