EXCLUSIVE: Can Do Anything But Horror, Says Anish Kuruvilla, Director Of ZEE5 G.O.D

The director of the ZEE5 Original talks about why he is drawn to drama and his love for the craft in part two of his candid chat with us. Read it here 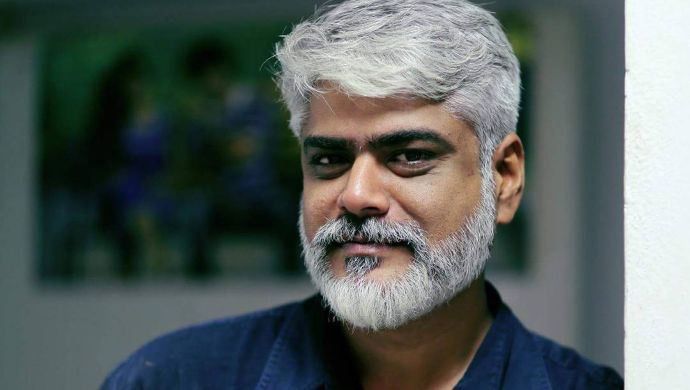 Unlike ever before, the upcoming ZEE5 original web-series, Gods Of Dharmapuri is truly setting new standards for the Telugu OTT space. It stars Satyadev Kancharana, Raj Deepak Shetty, Sruthi Jayan, Samyukhta and other renowned actors. The director of the show, Anish Kuruvilla, calls it as the first-of-its-kind “gangster family drama”. He graciously answered our many curious questions over a phone call. In part one of the interview, he talked about the show and what’s in store for us as an audience. In part two of this interview, the director indulges in a conversation about his love for the craft and more. Read the edited excerpts below.

A. It’s not a cameo. It’s a proper supporting role. It’s briefer than the other roles but it’s not a cameo. I play a mysterious character. If I reveal at this point in time, I think the mystery will be lost. However, I enjoyed playing it.

Q. If you could cast yourself in one of the lead roles in this show, which one would that be?

A. I would choose the role of Pratap Reddy. I feel he is such a volatile character. He’s not somebody who speaks a lot. He is just raging inside with emotions. Pratap Reddy is a man of more actions than words. There’s a lot of intensity and complexity to this character.

Q. Through the filming phase, how did you act and direct at the same time?

A. It’s very difficult to manage. I don’t know how actors can also direct themselves. In my case, I have tremendous support staff. My First AD (Assistant Director) and my DP (Director Of Photography) were there for me. For the sequences where I had to act, I took off the director’s cap. I really focused on acting, I depended on my First AD and my DP to tell me whether I have done a decent job. At least, I can’t objectively direct and act at the same time. I have a fantastic team. On the days when we were shooting my sequences, I would just take a seat back and let my First AD shoot the sequence.

Q. You started off as an actor. But then you moved towards filmmaking. Please tell us about your progression.

A. It’s a misconception that I was an actor first. I have always been behind the scenes. The fact is that I  have been working as an AD on other projects. It just so happened that one of the films that I was an AD on, the director couldn’t find somebody for a role and he cast me in that. I was never pursuing acting seriously, I was always pursuing directing very seriously. Acting is something that’s always on the backseat for me. I only focused on directing or maybe executive producing films with collaborators.

The resurgence in my acting has happened over the past four-five years when I was offered something interesting and I thought I would give it a shot. There are certain type of roles which I think I can do justice to and I can relate to. And over the past three-four years, Telugu cinema and content has changed. People are doing more exciting stuff. When I started getting offers I was like ‘oh! okay, this is in the space that I like’. But I was still focusing on directing. I like this balance between acting and direction. Direction is my first love and that’s what gives me energy. You create something you know. You are the part of a bigger picture.

Q. Did you draw inspiration from The Godfather for Gods of Dharmapuri?

A. When you grow up watching filmmakers like (Martin) Scorsese and (Francis Ford) Coppola and some fantastic films like Once Upon A Time In America (by Sergio Leone), you consider yourself as their fan. They are all people that automatically a filmmaker will imbibe something from. While I did think of them when it came to taking a certain shot or something aesthetic like that, the story is all homegrown. The story, the style, the drama and the emotions are all typically very Indian. I think my aspiration is to always to make the kind of cool movies that my idols have made. I think that could have rubbed off into my making of this show too.

Q. Is there one genre of film/content, that truly speaks to you?

A. I think my favourite genre would be around something that is centred around drama, like a coming-of-age drama. That’s my oeuvre. But I am also a very multi-genre kind of a filmmaker. Like, one of my films has been a romantic drama. My second project was a pulpy drama, this one is like a gangster-family drama. I shift genres because I like of all kind of stories. Post G.O.D, I’ll jump into another genre. All I know is horror is not my genre. That’s not something that I am drawn too. But anything and everything else I definitely want to indulge in. G.O.D is my type of massy masala. It’s very indie in its spirit but also has a  commercial foundation. I want the emotion and drama to be as pan-Indian as possible.

Q. Do you have a message for budding writers/directors?

A. Look inside yourself, find a story that resonates, chase it then find a way to broaden it so it can reach out to more audiences. Have that little journey that you need to have as a creative artiste. Know yourself really well. It’s a life-long pursuit but during this sometimes, young filmmakers may miss out on something like this. They should focus on that. Something that is highly original but that can reach out to the audience too.

The Festival Of Lights, Happiness And Prosperity! Here's Why We Celebrate Deepavali