Exclusive: Amrutharamam Is A Story That Is Related To Me, Says Director Surender Kontaddi 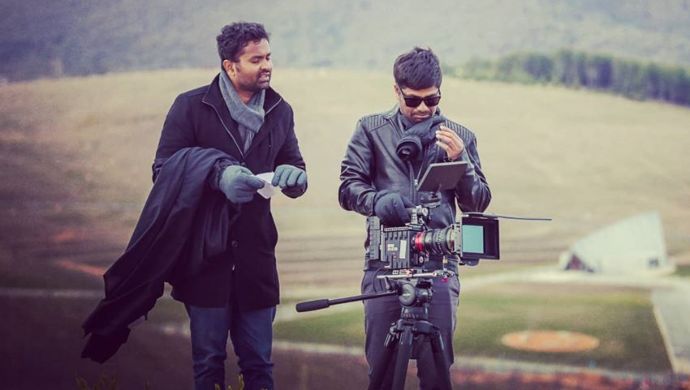 Amrutharamam is the newest film to come to the ZEE5 library. It is directed by first-time filmmaker Surender Kontaddi, and also features debutants Ram Mittakanti and Amitha Ranganath in lead roles. Set in Australia, the love story deals with two complex characters. It has been garnering massive traction due to its unique approach which tells the narrative through the woman’s point of view.

Although we are all stuck in the lockdown, we managed to speak to the director. Read the edited excerpts of the interview here.

Q. ​What drove you to make this film?

A. I had plans for this script, since quite some time. Basically, it is the storyline of the film which drove me to make Amrutharamam.

Q. Was it a conscious decision to rope in new faces for such an intense movie?

A. Actually, it was not a conscious decision to cast only new faces. But with a script like this one, if I narrate it to an already-established hero, he might not be interested. And the reason is that it is purely a female-centric film.

A. Locations were our biggest advantage. And we had a lot of support from the locals and the government, too, in terms of permissions.

Q. Due to coronavirus, the film will be seeing a digital release instead of a theatre. How do you feel about it?

A. Honestly, in such a situation, I am happy about the film’s release. The current situation is unpredictable and going back to normalcy will take a lot of time. I consider this is the best platform to showcase Amrutharamam, because I am confident about the movie.

Q. What do you think about digital streaming platforms and the content on it? Do you think it is way forward?

A. I assume there are a few films which have released, recently, on digital platforms. And, they seem to be doing quite well. For me and for my film, I consider this is the best opportunity, during the pandemic.

Q. Intense love stories seem to be the flavour of the season, what do you think?

A. I don’t believe in seasons for love stories, or that any other good film will have a season. It has always been the script that plays well, and I strongly believe Telugu audience will always encourage a good movie, on any given day.

Q. What are your thoughts about happy endings? Do you think it’s old fashioned now?

A. Not at all! Although, not all films need a happy ending. In my understanding, it totally depends on the characterisation.

Q. Did the story of AmrathaRamam take inspiration from any real-life event?

A. Every story is either heard, read or seen somewhere. So yes, Amrutharamam is a story that is somewhere related to me.

Q. How are you keeping your creativity alive during the times of lockdown?

A. This pandemic has given a lot of time. So, I have started working on another script.

Birthday Special: Why Samantha Akkineni’s Jessie Is The Best Heroine We…

Throwback Thursday: Tamannaah's Picture Will Make You Want To Scout Through The Old Albums