EXCLUSIVE: 2020 Is All About Web Series, Says Monica Tavanam Of ZEE5 Original Anaganaga

In an exclusive interview with Monica Tavanam, who has been a part of Three Half Bottles and Anaganaga, we get to know the actor's life inside out! 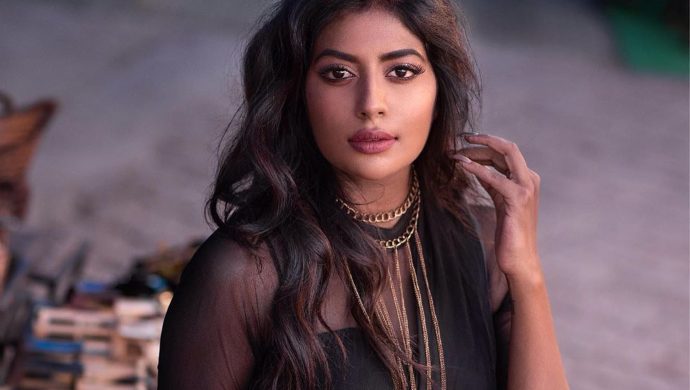 There is one beautiful face that has shown up consecutively on two ZEE5 Original shows. We’re talking about the young and talented actor, Monica Tavanam. She was recently seen in the urban-drama titled Three Half Bottles. And within a few weeks since its release, she is here with yet another show. This time, Monica is a part of Hussain Sha Kiran‘s relationship drama, Anaganaga. The show deals with 11 characters who are connected by fate. While she has proved herself to be a good actor, the lady is also popular on social media for her amazing sense of style.

Watch the trailer of Anaganga here:

Recently, we chanced upon an opportunity to speak to her. Here are the edited excerpts from the interview.

Q. Anaganaga is your second ZEE5 Original show. How does it feel?

A. It is a surreal feeling! I feel blessed to be a part of these shows and to be working with ZEE5, in two continuous projects.

Q. What drew you towards Anaganaga and the character, Maya?

A. I loved her story. Even when I heard the script for the first time, something about Maya drew me towards her, very instinctively. Maybe it was because she has the most beautiful and unique story to share.

Q. Since there are many characters in the show, did you have a moment where you wanted to play someone else?

A. I absolutely did not feel that way. As I mentioned previously, Maya is a beautiful character and I really wanted to play her part.

Q. How would you describe your character in the show?

A. Maya is a reporter for a publication titled Business Square. She is extremely ambitious and independent. She has the perfect life with her perfect boyfriend, Anand. But everything goes for a toss when another man, Himanshu Dev Kashyap enters her life. And then the confusion begins, “Who am I in love with? Who do I want to spend the rest of my life with?” That mystery is a part of the show.

Q. How did you bag the roles in Anaganaga and for Three Half Bottles?

A. I have known Hussain (Sha Kiran, the director) sir through a common friend. And, once he asked me to come for an audition. Personally, I have really enjoyed Hussain Sir’s work, right from the days when he was making short films. So, when I was asked to be a part of Anaganaga and play a part like Maya, the decision was made in a blink of an eye. I must say that Hussain Sir and Geetha garu are the biggest reasons for me to be a part of this project.

It was actually on the sets of Anaganaga when Three Half Bottles came my way. From auditioning for the part to completing the look-tests, it all happened in two days. That’s how I got the role of Shalini, in that urban drama. Again, Shalini comes across as a very charming character. She is independent and fun-loving. She is an Editor-In-Chief for a magazine and deals with creative challenges all the time, and this becomes an obstruction to her love life with Aditya. Prasad sir had designed the character as beautiful as it was shown!

Q. Your Instagram is proof that you take style seriously. What are some tips that you would like to give to young girls out there?

A. I am a sucker for style. If not an actor, I believe, I would have definitely been an amazing stylist. I say that because I genuinely love everything about fashion. I love working on myself, too. The best tip ever that I can give is to wear your most comfortable clothes. There is something about the comfort that immediately gives you unknown confidence from within. I truly believe in it.

Q. What is your beauty regime?

A. It took a long time for me to find the right routine and stick to the one that works well for my skin. Now, sunscreen is my go-to product. Most people do not know the importance of sunscreen. The right sunscreen has changed my life, to be honest. Also, my second-most-important skincare ritual is – Cleanse – Tone – Moisturise. I cannot and I will not leave for a trip without packing in my skincare products, ever. Last but definitely not least, never sleep with your makeup on. That’s a big no-no for all the young girls out there.

Q. What is your take on body image issues and inferiority complexes?

A. Every single person on this planet feels inferior about something or the other. So, everyone is trying to deal with it, either occasionally or throughout their lives. In the end, what matters the most is how you overcome these complexes. For us, being a part of the show business, it is important to keep in shape and look a certain way. So, even if you don’t want to work out, you have to. It’s just necessary. I try and work out as much as I can. These days, it’s getting too hectic with the shoot schedules and it becomes really stressful. But I love working out. I make it a point to go to the gym at least four times a week.

Q. 2019 saw some great content coming from the regional markets, especially from the two Telugu-speaking states. What do you think is in store for 2020?

A. 2020 is all about web series! Web series are going to be the new ‘movies’. Now, even people are not as interested or excited about going to a theatre and watching a three-hour-long film. So, we have ample chance of driving audiences to the web and keeping them glued to their preferred screen, right in the comfort of their own house.

Q. What will we see you in next?

A. I am playing the lead in a Kannada film called Yellow Board. It is being directed by Thrilok Reddy! Recently, the poster was launched by popular Kannada actor, Kichcha Sudeepa garu. We are planning a March release. The film is currently in its post-production phase.

Republic Day Special: 6 Songs On ZEE5 You Should Listen To Awaken Your Inner…

Anaganaga Will Give Youngsters A Sneak-Peek Of Many Emotions, Says Director…

Read about our conversation with the director of Anaganga here. You can also check out the 9-episode series on ZEE5, streaming now.

Throwback Thursday: These Pictures Prove Sai Pallavi Has Been Gorgeous Since '92