Don’t Miss This One! ZEE5 Original Indhanam, A Gripping Mystery, Is Now Available For Free 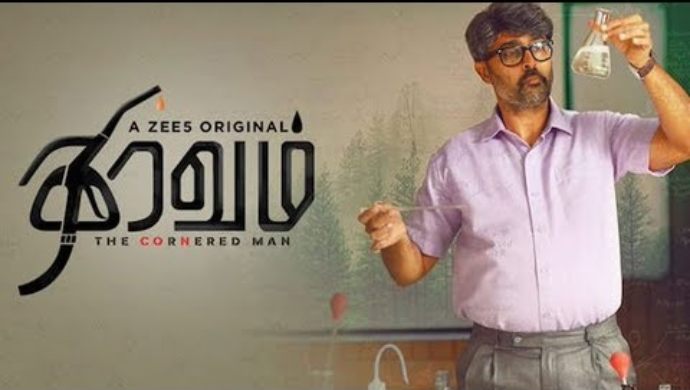 All the youngsters are glued to their screen, and at least for once, no one will bother disturbing them. So, let’s make the most of this time and enjoy while we still can. ZEE5 has recently made several web series available for free, to all of its subscribers. One of the lot, is a Tamil language ZEE5 Original show Thiravam, dubbed into Telugu as Indhanam. It stars Prasanna, Indhuja, John Vijay and Kaali Venkat in the lead roles.

Watch the first episode of the show here:

Indhanam spans across eight episodes that dive into the life of RP, Ram Prakasan. He is a local scientist who claims to have found an alternative to the skyrocketing fuel, petrol. He calls it herbal fuel and promises that it is the cure to cost-effective travelling. This claim, obviously, puts him in the limelight. This brings him under the radar of many big corporations, keen on bringing him down.

Given the excessive media coverage, RP gets all sorts of comments. Some people believe him to bring the next big change while others quote him as a Charlton. Through the course of the show, we learn about the noise and find out the truth. This show also marks the digital debut of actor Sneha’s husband, Prasanna. During an interview, he said, “It was an intense script and a character I was really excited to explore.”

He also added, “I hope the audiences understand the many shades of my character. It has been one of the most challenging characters I have essayed, and I am happy that I have chosen ZEE5 for my digital debut, as they always push boundaries in terms of the concepts they choose and also ensure the story travels far and wide.”

Check out all the eight episodes of Indhanam here. Find more interesting film and show recommendations here. You can also get all the live updates on Coronavirus on ZEE5 News Section.

No 1 Kodalu's Maggie, Anusha Susarla Is An Out-And-Out Glam Doll. Here Is The Proof