Do You Think Ghosts Can Be Hungry? Allow Geethanjali To Enlighten You

Geethanjali is a unique story about a ghost who wants nothing but good food. Will humans and ghosts co-habitat in such a situation? 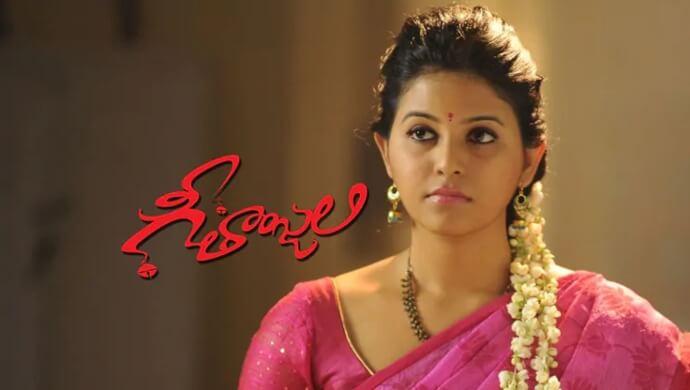 We’re sure you are missing the company of our old friends and new people. We cannot meet the old ones anytime soon, but how about meeting new ones, people and ghosts? We think that’s a cool idea and of course, we assure you the entertainment too. Our pick for the day is Geethanjali, the 2014 horror-comedy film with an amazing ensemble cast.

The film is led by Srinivas Reddy who is an aspiring filmmaker in Hyderabad. He is willing to do what it takes to find someone could finance his dream. That’s when the film begins. He meets several people until he chances upon, Rao Ramesh, a software engineer-cum-film buff, dreaming to bag a Nandi Award. You must wait for their journey together.

On the way, we meet more interesting characters, acted by Satyam Rajesh, Madhunandan, Shankar, Brahmanandam and more. These men find themselves in an apartment that was a great deal. One night, as they party the night away, they feel the presence of another being. After a night of torture, they find out that the ghost wants good food. So, they begin feeding the ghost’s hunger and desire. But do you really think it is a hungry ghost?

Keeping the men aside, the film also features Anjali in the titular role. If one had to witness the coolest ghosts of all times, we would suggest seeing her. However, we wonder why she keeps denying that she is a ghost. Well, it is best for you to watch and decide their fate.

Check out the full film on ZEE5. You can also get all the live updates on Coronavirus on ZEE5 News Section.

Little Thrill, Little Spook And Loads Of Venkatesh’s Comedy Await You In…

What Boredom? Your Favourite Varudhini Parinayam Is The Best Cure To Get Through Lockdown