Chiranjeevi Birthday Special: Not Just An Actor, An Emotion That Will Be The Same Forever

On 22nd August 2019, Megastar Chiranjeevi turns 64. We take this moment to take a look at how man became an emotion for two states and then some. 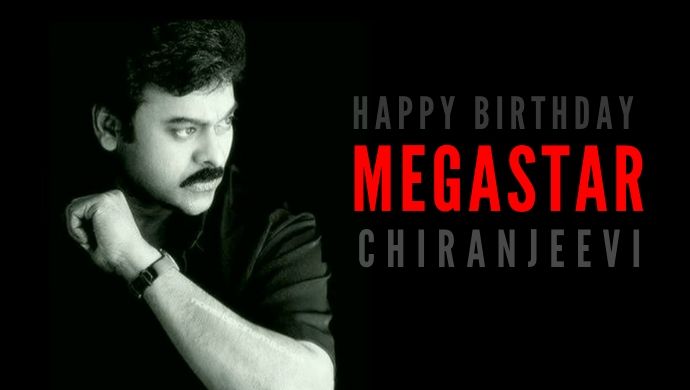 Chiranjeevi has both Kamal Haasan and Rajinikanth in him. Not only can he do action, but he can also act

Do not be alarmed when you step out on the streets and find people casually dancing, singing or celebrating. We’re alarmed that you did not see this coming. Wondering why? It’s not just a birthday, it’s the celebration of a phenomenon… a phenomenon that the world knows as Megastar Chiranjeevi.

Today, on August 22, 2019, Megastar Chiranjeevi, who was born as Konidela Siva Sankara Vara Prasad, turns 64. And in his six-plus decades, this man has gone from a boy-next=door to an international superstar. Most actors survive the test of time because of the niche audience that they find in their peak times. But Chiru, as he is fondly called, does not need a niche. Three generations have been avid watchers of his films and the fandom grows every day. The current idea of ‘relevancy’ remains opposed to the Megastar’s identity. Because, despite taking a decade-long hiatus from the screen, his relevance remains the same.

Born to a constable, Chiru actively stood out from the crowd. From being an NCC cadet participating in the Republic Day Parade in New Delhi to giving back-to-back commercial hits, this man knows only one way – forward. In his career spanning 40 years (and counting), Chiru has made his mark in Telugu, Hindi, Tamil and Kannada film industries. His 1978 debut film, Punadirallu, established the actor in him but he shouldered films as the lead only with Khaidi much later. His good looks, exceptional dancing skills and the relatability he brought to his characters made him a household favourite soon. You have to believe that there is something extraordinary when his 1987 film, Swayum Krushi, was made in 14 languages later. And it was also dubbed in Russian to be presented at the Moscow International Film Festival.

Most industries veteran compare Chiranjeevi’s fame and success next in line to NTR Sr., the original hero of Tollywood.

The peak of Megastar’s career is truly what deserves to be called a peak. Some magazines reported him as “Bigger than Bachchan”. In fact, during the 59th Academy Awards, Chiranjeevi was one of the Indian delegates at the global event. The 1992 film, Gharana Mogudu, did not only set a box office record but also made Chiranjeevi the MEGA star. He remains the first man to be paid a whopping amount of over Rs 1 crore for a single project, back in the ’90s. A few years later, he established the ‘Chiranjeevi Charitable Trust’ that has been serving people with blood banks and eye banks, since time. After the remake of hit Bollywood film Munna Bhai MBBS, titled Shankar Dada Zindabad, Chiranjeevi stepped out of TFI and founded the Praja Rajyam Party.

For as long as the party existed, he had only one aim and agenda – to serve the people. During this decade long absence from the screen, Chiru graced us only four times. He made a cameo in his son, Ram Charan Teja’s films Magadheera and Bruce Lee: The Fighter. Other than this, he turned narrator for his nephew Allu Arjun’s films Varudu and Rudhrammadevi. It took almost nine-and-a-half years to bring a script to the table that would be suitable to make a banging re-entry on the 70mm screen; that would also quench the decade-long thirst of his fans. And this came to us in the form of Khaidi no. 150 – marking the 150th film to feature Chiranjeevi.

The recipient of many awards, including four Nandi Awards and the Padma Bhushan honour, Megastar, currently awaits audience’s response to his larger-than-life biopic of Uyyalawada Narasimha Reddy, which is titled as Sye Raa Narasimha, bankrolled by his son. We’re already prepared to watch three miles of roads blocked by Chiru’s die-hard fans as he graces the cinema houses once again (based on personal experience).

Wishing the Super, Super Star a happy birthday and many more films ahead!