Charming, Ambitious, Street Smart: A Sneak Peek At The Men Of Three Half Bottles On ZEE5

The ZEE5 Original, Three Half Bottles, is led by three young, charming and enthusiastic men. Here’s all that you need to know about them 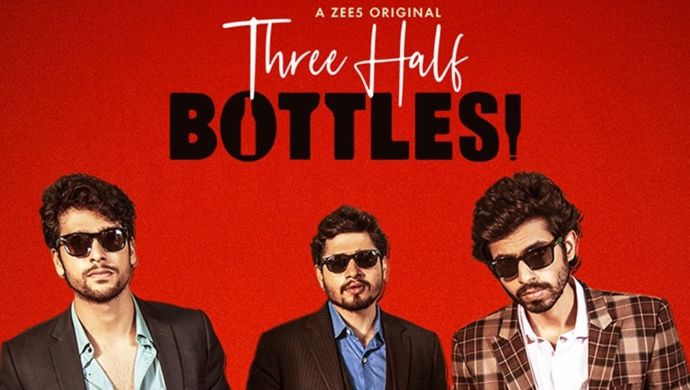 The upcoming ZEE5 Telugu original, titled Three Half Bottles, spans over seven episodes and traces the lives of Aditya, Nikhil and Sirish. They are all relatable characters and we’re sure you will find yourself in one of them. Since there is time until we see what their lives are like, we bring you a little snippet about our leading men. Check it out below.

Actor Hriday Bharadwaj portrays the character of Sirish in Three Half Bottles. Coming from an army background, Sirish is highly ambitious and driven to make it big in the advertising world. Given the circumstances that he grew up in, emotions and relationships do not have any place in Sirish’s life. A tough man is what he thinks of himself!

If you find a bunch of girls flocking around a boy, it is safe to expect that the boy is Aditya. A Casanova who means no harm, Aditya – played by actor Sai Ketan Rao – has an irresistible charm. He sets out of his house to experience the world outside, and now that he has tasted freedom, he has plans of going back. In Aditya’s case, everything and anything that costs his freedom will be automatically kicked out of his life.

Some people are gifted enough to get their work done without really asking for it. One such gifted gentleman is Aditya Pamnani who plays Nikhil Sharma. Nikhil asked for nothing when his father gave a flat to him. Sirish and Aditya become his tenants, making his daily lives easier. Ambition may be absent from his life, but when the time comes to prove himself, you will see Nikhil leaving no stone unturned.

The three youngsters come to you only on ZEE5 on 15 December 2019. While you wait for them, catch up with the B Tech folks here.