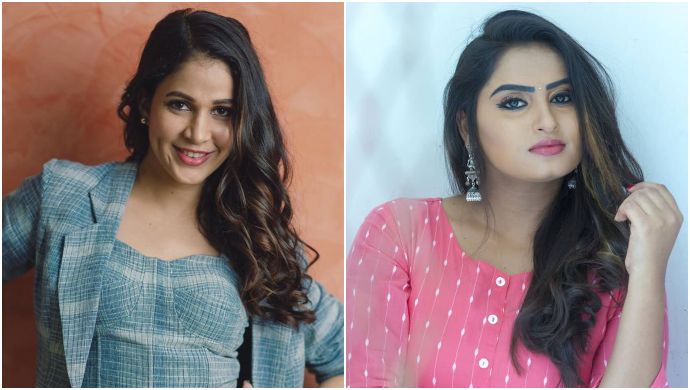 Are you counting down days until the big night, of Zee Kutumbam Awards 2019? Well, the wait is a little over 24 hours now. But the excitement levels are surely skyrocketing for us, just like you. While we’re constantly striving to get our hands on all the masala that goes into making the starriest night of the year, today we’re going behind the scenes to check out how hard our favourite actors are working to ace their performance on the big stage.

As you know, ZKA 2019 is bigger and better than ever before. While the most popular telly celebs will be present for the soiree, many Tollywood stars will join them too. Shriya Saran, Nidhhi Agerwal, Hebah Patel are a few to name. Making the night more glitzy, will be the dimpled queen, Lavanya Tripathi.

We’re all fans of her bubbly and happy-go-lucky persona. And she seems all set to come on the ZKA stage with the same attitude and charisma. Going by the BTS video, her moves seem to be totally desi and we’re racking our brains thinking about all the songs that she could be performing on.

Do you ever get over Nakshatra from Maate Mantramu? She is a powerhouse of talent and good looks. She makes you believe in her wickedness on-screen but sweeps you off your feet with her charm. And this talented actress is preparing to give a power-packed performance.

When was the last time singer and sensation, Sid Sriram failed to evoke romance in the air with his voice? The answer is a simple ‘never’. Once again, dancing to his hit songs will be the lovely real-life couple, Indraneel and Meghana Raami (of Radhamma Kuthuru).

So far, we have seen Sudheer make us laugh out loud with his comedy sketches and acting. Once in a while, he turns host to reality tv shows and makes it better. But for the first time, we’ll be seeing him dance on the ZKA stage. Joining him will be Srishti Vyakarana of Zee Heroes fame. Going by the looks of his BTS video, we totally believe Sudheer’s got the moves.

Stay tuned to witness this mega event only on ZEE5 on October 20. For now, check out a crime-thriller, Dhrusti on ZEE5.