After hurting her on every possible occasion, they have now come up with more ways to hurt her further. 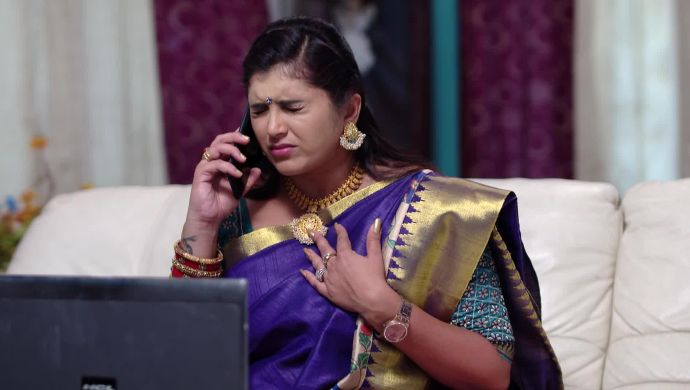 It has been days of trauma for Mrudula (played by Madhubala) in the Telugu TV show Ninne Pelladatha. Finally, when the truth about her pregnancy came out, she began to live a life that wasn’t as stressful. But now, her enemies Sarayu (played by Sarayu Roy) and Brahmini are on a quest to hurt her once again. In the last episode, aired on June 13, 2019, Brahmini promises that she will make Madhu get married to Mansi, by hook or by crook. Now, along with the constant support of Sarayu in her evil plans, Sarayu and Brahmini take a step further to implement their plans.

In the latest episode, airing on June 14, 2019, Madhu and Mrudula try to carry on their life happily, knowing that their enemies will never rest. Yet no force can break them apart. To make sure that her wedding with Tarun goes smoothly, Sarayu encourages Mansi to behave well with her supposed husband-to-be. Sarayu even assures Bharati that by the day of the engagement, Mansi’s anger will cool down completely and she’ll be ready for the wedding.

Brahmini, on the other hand, feels a pain in her chest and calls out to Tanaya for a glass of water. Scared and shaken, Tanaya informs Madhu and Mrudula about it and they rush home. That’s when Brahmini takes the opportunity to keep Madhu in front of her eyes and asks Mrudula to never come in front of her. Mrudula obliges and tells Madhu that nothing can break them apart, even if they have to stay separated.

Brahmini calls Mansi and Sarayu to give the good news that her plan has succeeded. Now, no one can stop Mansi from marrying the man of her dreams, Madhu. But we’re quite sure that Madhu will do no such thing. Although Mansi’s love for him is a crazy obsession, Madhu’s love for Mrudula is like pure crystal. And so, not even Brahmini can destroy them. Let us know what you think about their plan below.

Watch the latest episodes of Kalyana Vaibhogam on ZEE5, now before TV.