Birthday Special: Why Samantha Akkineni’s Jessie Is The Best Heroine We Have Ever Seen

Samantha Akkineni is living her best life & has recently completed a decade in the industry. On her 33rd birthday, here's why Jessie is still special. 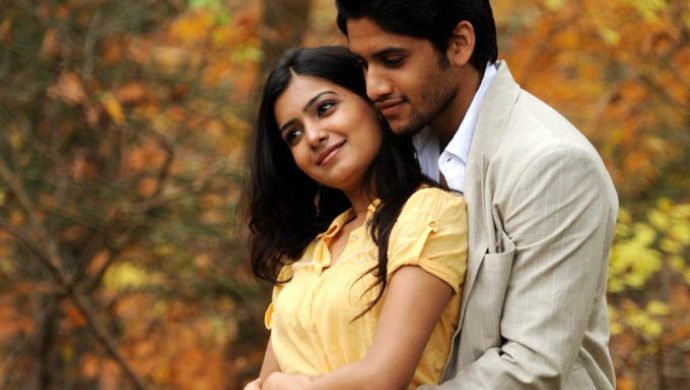 The world is never black or white! The world, my friend, is full of colours. And, do you know when is the first time these colours look most vibrant? When you first fall in love. For most millennials, we’d like to believe it was the year 2010 – exactly a decade ago – when they first felt what love is. That is also the time when a new girl made her debut on the big screen, Samantha Akkineni. It’s no surprise that love found a new name, it was Jessie – from Ye Maya Chesave.

Jessie is more than a mere film character. Jessie is an icon in her own right. Gautham Vasudev Menon’s 2010 Telugu venture changed the game in a way that no one would have expected. The film marked Naga Chaitanya’s second venture. People hoped for him to stand up to his surname and the legacy that came along. While that is what happened, it was overshadowed by Samantha’s ease in portraying Jessie.

A handful of modelling assignments and a hope for settling in Australia “like all Tamilians at the time were doing” was on Samantha’s mind. But we’re glad and how that she settled here, instead. In the film, the director asked Samantha to be her most natural self, even if it meant going de-glam. Who wouldn’t have apprehensions at such a statement in an industry that is known for glamour? But Samantha gave in, and here we are, a decade later, talking about how she’s still the best.

Jessie allowed us to believe that reality can sometimes make for a great show on the big screen. No glam, no over-the-top fashion, no make up, just your bare face and its unfiltered expressions. Jessie had restrictions like most of did, back in the day. But she knew better than allowing a man or any man dictate her worth. In the words of Karthik, she was “The most beautiful, classy, educated, well-read, she has a style of her own… and sexy, too”.

Falling in love with a boy who is not only younger, but also belongs to a different religion is as good as blasphemy could be. That did stop Jessie from taking the leap. She was slow, almost crawled her way out. But she did what felt right – she did what she could do make her love breathe right. The stories where characters lose themselves to become whole with their partners are endless, but Jessie isn’t one of them.

Morals, values and ethics… Jessie knows them all. She knows what she’s made of and what she stands for. Just because she has to rebel her way out does not mean she’ll lose her grace and subtlety. And that’s what makes Jessie the gem she is. We loved the film. Boys still go gaga over Jessie. There’s a Karthik in every boy who is still finding for his Jessie. Many girls are still trying to channel their inner Jessie.

Glam dolls and perfect damsels are a part and parcel of cinema. But Jessie… she has a whole new place – in cinema and in our hearts.

Wishing the amazing actor a happy birthday, even when locked in quarantine, we sign out.

You can watch her films like A Aa and Brahmotsavam on ZEE5.

Monday Motivation: Get Sweating Inside The House With No Equipments Like Varun…