Birthday Special: Take A Look At These Throwback Pictures Of Nara Rohith As He Turns 35

Over the years, Nara Rohith has shows us many shades in his life. But these throwback pictures are what we will look at, on his 35th birthday. 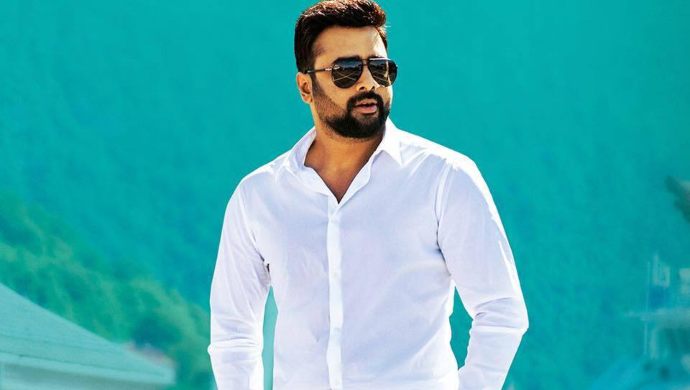 An actor, a writer, a performer who breaks boundaries each time — that is birthday boy Nara Rohith for you. He celebrates his 35th birthday today, on July 25. For a long time, Rohith has impressed and inspired many youngsters around the state with his choice of films and his groundbreaking performances. He gave his last film in 2017 with Balakrishnudu which blew the box offices. However, the actor has been MIA for the last two years from the industry. All we can do is hope that he comes out with a bigger bang at the box office once again.

As the actor celebrates his day, in all his glory, let’s take a look at these #ThrowbackThursday pictures. Some cute, some random and some totally #ThrowbackTrendy, this is a celebration.

Unless you are 2000s kid, you surely remember the good old days where we tried really hard to bring back the vintage charm with black and white photos click and edited. Rohith wasn’t a stranger to that trend either.

Quoting it be his first photoshoot, the birthday boy already looks like a star stepping out on his sets. With the pale yellow shirt and baggy jeans, he surely has an attitude that makes him the apple of the camera’s lens.

Talk about dapper men! And here you have a fine specimen. Rohith, in this poolside picture, looks ready to roll with the punches or maybe a break-out romantic song.

A true throwback to almost a decade old picture. In a white T-shirt, simple sunglasses, ruffled hair and a smile that comes straight from the heart, this picture reminds us of the simpler times in life.

Thank you, Rohith, for reminding us what we thought being cool really was back in the day. It all may seem funny and outdated right now. But truly, this was swag the hype.

Here’s another picture from 2018 where Rohith stands and poses with his Lokesh Anna and Satish Vemana on the occasion of Sankranthi. We hope to see that smile on his face still intact.

This one is farther from the past. Take a look at the budding actor and writer, a 23-year-young Rohith Nara, in all his mischief and charm as a New York Film Academy student.

Let’s end it on this cutesy (really) old throwback picture featuring baby Rohith in the arms of his nanna. Time flies, doesn’t it? At least movies stay on ZEE5 forever.

Ninne Pelladatha: 4 Gripping Scenes From The 24 July 2019 Episode You Should Not Miss

Birthday Special: Did You Know These Things About Director Vamshi Paidipally?