On the occasion of Tollywood actor, Lavanya Tripathi’s 29th birthday, let’s celebrate the natural and flawless beauty that she is. Check it out here 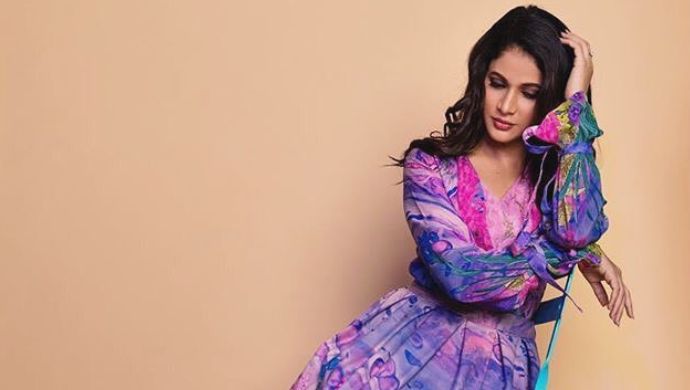 Tollywood actor and model, Lavanya Tripathi is all set to kick in her 29th birthday. As she turns another year old and a lot prettier, we decided to take a look at the actor’s no-filter and no-glam photos. Honestly, this chica is here to reinforce that true beauty is in simplicity. Scroll along and enjoy!

Lavanya is one of the few actors, who is critically and commercially successful. Although alien to the language, she has found a connection with the Telugu speaking audience.

The actor was born in Ayodhya, Uttar Pradesh but was brought up in Deharadun, Uttarakhand. She later moved to Bombay to pursue her dreams and finally, settled in South India.

This dimpled-beauty is the daughter of a practising-high court lawyer and a retired school teacher. It is no wonder that she went on to complete her Bachelors in Economics before diving into the glamour world.

Just one look at her flawlessly beautiful face and we knew she was meant to be on the big screen. Similarly, this girl knew her calling long before she actually put it to practise.

After completing her education, this damsel went on to audition and started her career as a model. Soon, she was seen on many TV commercials for popular brands.

With some experience, Lavanya returned to Doon and participated in the Miss Uttarakhand pageant. Well, we’re not surprised that she was crowned as the winner.

Finally, it was because of a friend that the birthday girl appeared for an audition, which got her her debut film. In 2012, with Anadala Raskahshi, Lavanya blew us all with her pilot performance.

Interestingly, before debuting as an actor, Lavanya was part of multiple TVCs for the Telangana Police Department. However, she did not charge any fees.

Wishing this gorgeous lady a happy, happy birthday. You can check out her film, Vunnadhi Okate Zindagi on ZEE5.

Nagendra Babu Is All Set To Entertain You With Comedy, Drama And Celebs With Adhirindi

The Deverakonda Brothers Define Swag! These Photos Are Proof!