Birthday Special: Did You Know Actor Kaushal Manda Is A Real-Life Hero?

A man is defined not by his words, but by his actions. This birthday boy has melted our hearts with his work and left us feeling inspired. 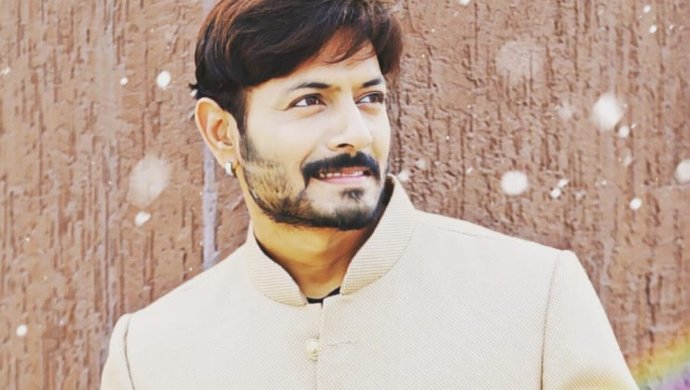 Kaushal Manda is what you can call a one-man army. He is popularly known for his acting chops. From being the wicked guy to the best sidekick, Kaushal has aced all avatars. The Suryavamsham actor doesn’t believe in limiting himself. He has been associated with over 80 films and almost 13 Telugu TV shows. In all honesty, this man is what we may call ‘omnipresent’.

Despite a tight acting schedule, we can’t help but wonder how he takes out time to also be an event manager, a casting director, advertisement director and a fashion photographer. If you think this is all a little too much, guess what? Kaushal also handles and owns a modelling agency. But here’s the real deal! The actor also runs a non-profit organisation to help people in the country and he has named it after his fandom – Kaushal Army Foundation.

1 yr old Vaishnavi from Narsaraopet, is suffering from throat cancer… I'm sharing a part of my 113 days hard earned money ,to help in her path to recovery… May God heal her soon n give her a long happy life… 🙏 @thecancerpatient @centurycancerhospital

Under the banner of this organisation, Kaushal has been personally visiting places and people to understand their situations. On the basis of this, he helps them not only with financial aid but he also emotionally holds the fort for the ones in need.

*Today I am glad that we fulfilled d promise we made on Women's Day to help Annamma Orphange Home Vijayawada… On behalf of Kaushal Army Foundation we gave 25,000 worth of rations, girls need & almost 500 pairs of dresses etc to d kids having d minimum of clothes n bare essentials… It was an overwhelming sight to see their happy n contented faces..Wishing those sweet kids all d best…God Bless them !!!

Recently, he saved the life of a toddler who was suffering from throat cancer by sponsoring her treatment. And  Kaushal also helped a bunch of kids get what they deserve. Not fancy toys or cool gadgets, but the bare minimum that would help them carve out a fruitful future for themselves.

My adopted son Kaushal in Annamma Orphanage Home, Vijayawada .. He's a differently abled child ..From today onwards he's gonna be my responsibility till he's independent..!! Kaushal I knew it from the moment I saw you that your talent will make you shine bright n you will make me proud in d future ..God Bless you & Pls bless him.

Kaushal is happily married is a proud father of two. Despite juggling with a hundred things in his day-to-day life, he decided to adopt another boy named Kaushal, from an orphanage. He mentioned that the young boy, who is also differently-abled, will continue to be his responsibility until he can fend for himself.

Summer has reached its peak and there are a lot of precautions to be taken. Staying hydrated tops them all. So, Kaushal Army Foundation arranged Chalivendra Kendram at RTC cross roads & many more to come. If there's any other place that's in need of one, please contact us with volunteers and, we'd arrange the required.tq

Given the history of people suffering in summers, Kaushal decided to set up ‘stations’ in the city where people can have easy and unlimited access to fresh and cold water. In his Instagram post, he has also encouraged his fans to inform him about places that need one of these water stations.

Celebrated a fantastic Easter with Shepherd School Orphanage kids & visited the Christ Church. Had great lunch prepared by kids for me with lots of love & affection. Kau & Kaf will always be there for you and for any good cause..Love u all

While we were waiting for Easter eggs and bunnies to sparkle our celebration, Kaushal spent his Easter with a bunch of kids at an orphanage.

We have only scratched the surface of the things that Kaushal Manda has done for the betterment of the people. We’re sure Kaushal’s real army and fandom will also be doing something extraordinary to make the day easier for people in need. Aren’t you motivated to do something too?

Want to watch films with a social message? Watch Spyder on ZEE5.

Have You Seen The Spectacular Thriller ZEE5 Original Series High Preistess Yet?

7 Hidden Gems On ZEE5 That You Must Watch