The legendary actor is not just a comedian. The iconic superstar's rags-to-riches tale continues to warm our hearts 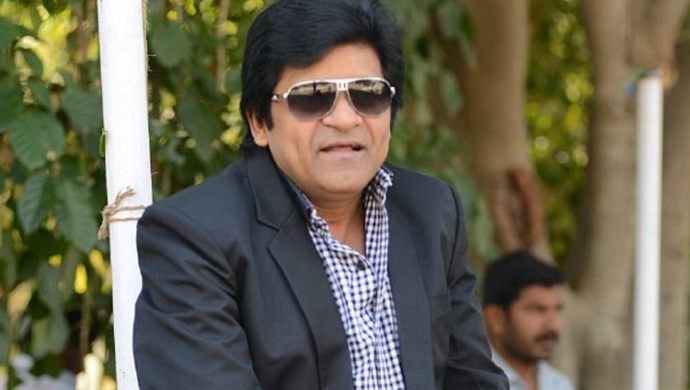 There is one actor in the entire Telugu film industry whose antics always bring a smile on our faces. And that is none other than Mohammed Ali Basha aka comedian Ali. This year, the actor-comedian completed 40 years in the industry. He has starred in over a thousand Telugu films, along with some movies in Kannada and Tamil. He also has two Bollywood projects to his credit, both ranging in two different eras. From sharing the screen space with veteran actors like Krishna, Mohan Babu to Prabhas, Ram Charan and everyone in between, Ali became a star in his own right.

Today, on October 10, Ali celebrates his 52nd birthday. The actor, who hails from a humble background, is the son of a tailor and a homemaker from the city of Rajahmundry, Andhra Pradesh. He entered the world of cinema thanks to a musical company named Jit Mohan Mitra. Its owners introduced him to the director of his first film in which he was seen as a child artiste. After that, he went on to work in almost 152 movies as a child artiste. However, during his teens he was jobless for as long as five years.

Gracefully, Ali denies talking about his struggle during that time because he believes that every actor has to go through a rough patch. The versatile performer ate in a mess on credit because he believed that going back home would bring him nothing. So he stayed and strived for better work. However, after a tough phase he managed to return to celluloid with director K. Raghavendra Rao’s Nindu Noorellu. Thereon, the actor’s talent spoke volumes and there was never a dearth of work.

Once a director signed him for two films as the lead hero. When Ali was asked if he would ever return to being a comedian after playing the lead, the actor said, “We buy too many lottery tickets. But only one might get lucky. Those two films are that for me.” His sincerity towards his work made him a regular in every Puri Jagannadh movie. It is touted that the filmmaker finds dates for Ali first and then casts his leads. And so, the actor went on to do everything that came his way. The hero, the villain, the comedian, the transwoman, character artistes, the henchmen, the best friend, so on and so forth, he has done it all.

Talking about Ali’s dedication to working, veteran actor Mohan Babu said, “He came from nothing but earned the power to say “I am Ali” and that was enough. He has with everyone from Nagarao to the youngster, and for that Hats Off, Ali. This speaks heaps about his talent and sincerity,” The actor added, “I hope you continue to act even with my grandkids.” While carving a wonderful niche for his professional career, Ali continued to raise a normal and happy family, that is as humble and kind as the actor himself.

Apart from having a 40-year strong filmy career, Ali has a 27-year strong marriage. He has two daughters and a son named Mohammed Fathima Rameezun, Zuveria Meethi and Mohammed Abdul Subhan respectively. The actor also founded the Mohammad Basha Charitable Trust after his father’s name. It works for the underprivileged and has been active for over 10 years now. In 2013, he was honoured with a doctorate by the Academy of Universal Peace.

We’re excited to see what else comes his way and what more the iconic actor brings to us. Here’s wishing the living legend the happiest birthday!

Don’t forget to watch his film, Srimanthudu, Balupu, Iddarammayilatho and more on ZEE5.

Birthday Special: From Girl Next Door To Glam Queen, Rakul Preet Is A Phenomenon

Birthday Special: 8 Times Actor-Comedian Raghu Babu Proved That He Is A Versatile Artiste