Birthday Special: A Man Of Many Moods, Here’s A Look At The Many Empires Rana Built

This big badman on-screen is a player of a whole new league and the world ought to know it all on his 35th birthday. Read here 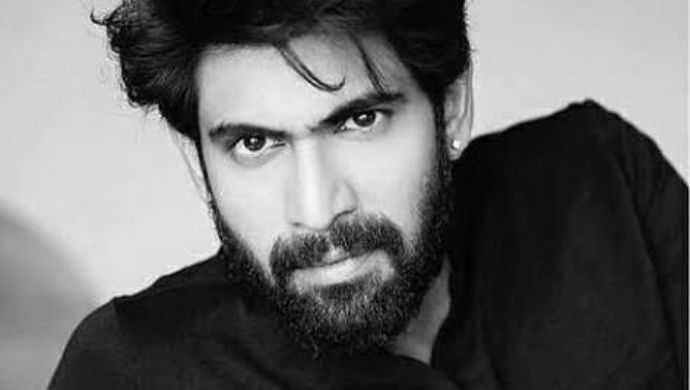 Famously or infamously, it was one film, after many hits and flops, for the world to know about the powerhouse of talent that Rana Dagubbati has always been. Today, on 14 December 2019, the one heir to Suresh Dagubbati and Lakshmi Dagubbati, turns 35. The second-highest-grossing Indian film, Baahubali and Rana’s character in it, Bhallaladeva, are only two features in his golden cap of achievements. While this is what the world sees, there is a bigger and larger history to this amazing man.

Born into the first-film families of Tollywood, Rana has seen houses turning into studios and moments turning into films. As the multi-faceted actor puts it, he has lived on the sets of the films for most of his life. His summer vacations were spent in the closed editing labs and amongst filmmakers. He calls these his ‘internships’. However, he began his professional journey as the Head of Daggubati family’s Ramanaidu Studios, where he looked after the studio business and the production department, at Suresh Productions.

Much later, in 2005, Rana set up Spirit Media Private Limited and entered into the Visual Effects market, a company that specialises in visual arts and graphics. It has been associated with over 70 films,  one of which has earned Rana the State Honour Nandi Award For Best Special Effects (Sainikudu, 2006). Later, in 2008, this visual effects producer went on to become an actor with Shekar Kammula’s Leader. This film struck the right chord with its audiences, and, instantly, a star was born.

While the film offers started pouring in, the actor decided to continue juggling between four entities – the studios, the production house, the Visual effects venture and acting. It’s safe to say that he managed them all well. Yet his hunger hadn’t satiated. He continued to pursue ‘something more’. For the next decade, he focused on delivering better stories, as an actor and as a story-teller/producer/distributor. He brought untold and unconventional films on the big screen. Adding to this, he tried to make films, which could cater to the nation-wide audience, like The Ghazi Attack.

He forayed into Bollywood with films like Dum Maro Dum, Yeh Jawani Hai Deewani, Baby. He also made his Tamil debut in Thala Ajith’s Arrambam and then, Bangalore Naatkal. While his films often saw mixed reviews, people started to take notice of the young hunk. Of course, with the rise of Baahubali franchise, Rana’s popularity skyrocketed across the globe. And, this sudden boost only helped the entrepreneur in him grow manifolds. After the massive success, in 2018, Rana entered into a Joint Venture with Kwan Entertainment & Marketing Solutions.

This partnership helped the company in expanding its film division to bring new stories and soon, opened an office in Chennai. Early in 2019, Rana went on to partner with Anthill Ventures. The company was focusing on driving the media start-ups in the country. Their motto suited well with Rana’s vision of exploring Virtual Reality, Augmented Reality, Blockchain, Visual Effects, Cloud Rendering, and other areas. The actor is said to be working on a project to bring old Indian stories as a VR experience.

A self-confessed fan of comic books and superheroes, Rana holds his love for Amar Chitra Katha closer than ever before – when he bought stakes in this leading comic book company. He is now the director of this company and has backed it by the Future Group. The Amar Chitra Katha Alive, was launched a few months ago, is a state-of-art learning centre for art and design, life skills, performing arts and Vedic science and ethics in Hyderabad.

Birthday Special: Here Are The Many Shades Of The Tollywood Diva Regina…
+
Explore More

Soon, a decade will be gone and a new decade will dawn upon us. As Rana turns another year older and wiser, we’re waiting with our eyes wide open to see the new heights that he conquers. Wishing him great successes and happy birthday, we sign out.

Don’t forget to check out Gods of Dharmapuri on ZEE5.

Birthday Special: No Matter What Your Type Is, Varun Tej Is Every Girl’s Forever Crush

Fashion Friday: Here’s How ‘Stylish Star’ Allu Arjun Has Lived Up To His Title

SATURDAY SPECIAL: Try Out This Simple Kiara Advani Look And Turn Heads When You Go Out