Veteran actor Lakshmi has been a part of the film business for almost six decades, yet she finds something new to bring to our screens 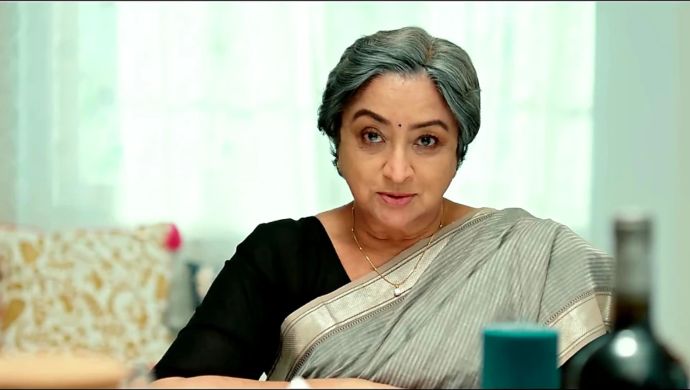 Born to noted actress Kumari Rukmini and filmmaker Yaragudipati Varada Rao, on 13 December 1952, actress Lakshmi is a force to be reckoned with. Hailing from a film family, it wasn’t long before she found her path in cinema. She bagged her first movie at the age of nine. Filmmaker T.N. Ramanna launched Lakshmi in 1961 in Sri Valli. And since then, there was no looking back. Today, the legendary actress has been a part of over 250 films in South cinema.

Having bagged a National Award, 3 Nandi Awards and many other felicitations, Lakshmi strives to seek ‘more’ from life. During a recent interview, she mentioned how she is driven by the performances of her co-actors. Talking about a scene from her last film, Oh! Baby, Lakshmi said, “She (Anisha) took me by surprise with her acting. That made me jealous. I thought she will eat me up. So, I decided to do better.”  The actor believes that one can never be satisfied with their craft. “You have one life. If you don’t use all that you have, you might have to be born again and go through it all, again.”

No matter what age she plays onscreen, the artiste is known to add a certain childlike quality and innocence to her roles. Her fans and viewers, just like her co-actors and staff, have one burning question. How does she remain so energetic all the time? To this, she said, “I like working and being around young people. We have a past but we don’t know if we have a future. But they have a future. So they are rising with energy.” If you need an instance to believe she practices what she preaches, Lakshmi is currently learning to play a musical instrument. Earlier, she wanted to ride a bicycle, so she bought one and learned to ride it.

Although coming from a different generation, Lakshmi is progressive and believes that everyone (especially, women) must take charge of their lives and live to the fullest. She prods, “If you have a strong mind and are financially independent, most of your wants or desires are fulfilled. It is energising and empowering to keep the mind and body occupied. There is so much to do in life. Though the only thing I know is to cook and act, I enjoy catching up with my group of friends on WhatsApp.”

Wishing this awesome lady a happy birthday, we sign out hoping for more and more exciting and interesting work.

Birthday Special: 5 Genres Of Commercial Films That ‘Victory’ Venkatesh Has Truly Won Over