In today's episode, after telling the nurse about the wedding, Aditya asks Dharani if she really loves him. Read the full update here. 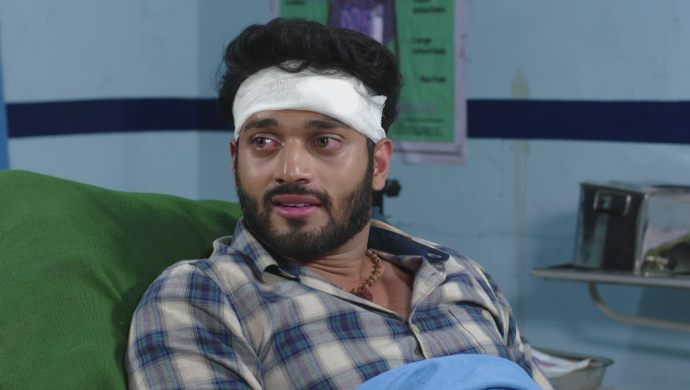 Earlier, in Attaritlo Akka Chellellu, Aditya asks Dharani to stay away from his family. He asks her to swear that she will not leave him alone with his family. Dharani swears but worries about the problems ahead. Priyamvada leaves home and Vikram follows. However, she sees him following her. On the way, one of Shravani’s clients meets Dharani and assumes her to be his lawyer. He gives her Rs 30,000 as fees. This gives Dharani some hope but the receptionist does not accept half payment. That’s when the head doctor comes with a bundle of money and gives it to Dharani. He tells her that a rich couple wanted to help them.

In today’s episode, Dharani pays the complete amount for Aditya’s operation. The receptionist accepts the money and gives a go-ahead to the operation. During dinner, Shravani yells in front of her parents because she learns about Dharani taking her hard-earned money. She also blames Dharani for ruining the wedding match the other day. Godavari scolds her again because Shravani had warned against telling anyone about Dharani’s real identity. Although, Godavari wonders what problems Dharani might be in.

Priyamvada finds some old papers and goes through them. She thinks to herself that one file is enough to bring everyone to their knees. She finds an old picture of her mother and thinks about how neither her mother nor she found a respectable place in the family. The morning after Aditya’s operation, the nurse comes in and tells him to take care of himself and not trouble his wife. She informs Aditya how his tailor had been weeping constantly and has smiled only now.

The nurse asks if they had a love marriage and Aditya nods in agreement. He tells the nurse that first, he fell in love and later, his tailor. Once the nurse leaves, he asks Dharani if she loves him. Dharani does not have an answer and keeps her head down. She tries to change the topic and asks about what his aunt had talked about before the wedding. Aditya tells her that he does not want to talk about it. He says that because his family wants to be away from him, due to their marriage, he too will stay away from them.

Vikram thinks about the reason due to which his bangaram is avoiding talking all these days. He calls her but she does not pick up. Vikram tells himself that she must have been tired or busy with her work. Narayana comes to Shravani’s room and asks why she hadn’t slept. Shravani tells him that she is preparing for a case for the next day. When Shravani asks the same, Narayana tells her that he cannot sleep peacefully until he marries her off to a good family.

Shravani tells him that she will not give up on her career, no matter what. So, if a boy wants her to be at home, she is better off without any wedding. Narayana tells her that he will find a boy who wants an ambitious girl. Godavari walks in and tells them that she is more worried about Shravani because she isn’t someone who will adjust at any point. After they leave, Shravani prepares to go to bed and sees a missed call from Vikram and drops a text. Vayuputra sees Vikram blushing while staring at his screen and asks if it’s his girlfriend.