In the latest episode of Attarintlo Akka Chellellu, Vikram signs on a file when Hamsa tells him that it is for Dharani. Read the full update here. 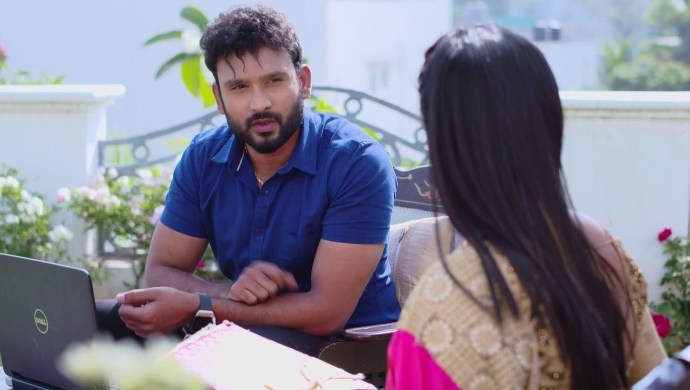 Earlier in Attarintlo Akka Chellellu, Priyamvada tells her partners-in-crime that their recent plan has flopped. Shobhan Raju understands the scenario and tells his wife that he will find a way to create discomfort between Vikram and Dharani. Aditya agrees upon talking to Dharani again, and takes her to learn driving. Dharani gets upset with his constant scolding and leaves him alone. On the way, she finds her mother who talks about the new house given to them by Vedavati.

In the latest episode, Dharani keeps thinking about the reason behind Vedavati keeping her parent’s house a secret. She also thinks about why Hamsa wouldn’t share it with her. Priyamvada gives a file to Hamsa, and asks her to get it signed by Vikram. As she goes ahead, Hamsa hopes for Vikram to delay the signing. However, he signs it without asking any questions. Priyamvada informs her partners that the job has been completed. Shobhan Raju gives her a date, and tells her that Vikram will lose faith in Dharani on that day.

Shravani asks Vikram about the file, and tries to tell him that he should have studied it before blindly signing it. Vikram explains that Dharani is the one responsible for the well-being of the family. And, questioning her judgement would be an insult to her. Priyamvada asks her husband to show a picture of their daughter. But he refuses to give any leads about her until he comes out of jail. Shashikala asks Priyamvada to have some patience because he will be out of jail soon. Shravani tells Vikram to avoid his perfume, and he subtly refuses to do it by giving a logical explanation.

They get into a silly argument, and Shravani talks about her recent client who filed for divorce because of such disagreements. Vikram jokingly asks when they plan on filing for it, and Shravani starts beating him up. When they hear Aditya walking closer to them, they pretend to be chatting normally. Aditya sees this and compliments Shravani while complaining about Dharani. Vikram wonders how the grass always looks greener on the other side. Dharani tries calling Hamsa on her way back, but Hamsa does not answer her calls.

Adhirindi Episode 8: New Problems For Chandra, Too Many Women For Venu &…