In the latest episode of Attarintlo Akka Chellellu, Dharani sees Vedavati in the temple and touches her feet when she can. Read the full update here 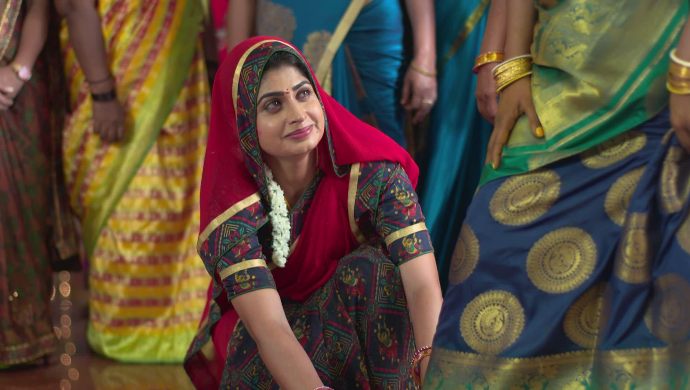 Earlier in Attarinlo Akka Chellellu, Shankarayya tells Mallesh and Yadagiri to go away from his crazy mother and do something worthwhile for themselves. Priyamvada comes home late and gets upset when Vedavati asks why she was late or if she had some issues. She goes into her room and talks to her mother’s photo and tells that the day when they will be happy isn’t too far. Vayuputra sees this and asks her to hide the photo since not even Vedavati knows about them being step-siblings. Dharani sees a bruise on Aditya’s body and finds out about it. She thinks that Priyamvada is not who she is claiming to be but Aditya needs to find out the truth on his own. Aditya flirts with his wife and Shivudu sees this.

In today’s episode, Shivudu calls out to Aditya so that the couple couldn’t get any closer. He tells Aditya to avoid troubling Dharani anymore and offers to massage his shoulder. Dharani leaves for work and meets her colleagues midway. They all prepare to go to the temple since the celebrations for Dasara had begun. Dharani joins them but excuses herself to do the Abhishekam for Aditya. The priest asks her how she knew of the person. Dharani asks what was the matter with that name.

The priest tells Dharani that the boy’s mother has been preparing for a grand celebration for his well-being. He asks her again and Dharani tells the priest that since the lady has been doing so much for others, the least they can do is support her cause. The priest is happy and Dharani is happy too to know that her mother-in-law is around her. She finds Vedavati applying turmeric paste on the ladies’ feet. Once she is done, the priest announces for a married woman to come ahead and apply it to her too.

Dharani uses her saree to cover her face and comes ahead. She applies the turmeric paste to her mother-in-law’s feet and seeks blessing silently while she was busing discussing things with the priests. Aditya calls Dharani and she panics. She quickly wipes her hand and goes aside to answer the call. Aditya asks where she was and instead of telling him the truth, she tells him that she is at work. Dharani keeps wondering why is Priyamvada foul-mouthing Vedavati when she is so concerned about Aditya.

The grand pooja begins, which Vedavati performs for Aditya. Dharani stands in a corner and sees the sight, thanking her stars and wondering a way to bring the mother-son together. After the pooja, Vedavati goes to the high priest and explains the misery of her life. Dharani finds a corner again and hears everything that has been hurting Vedavati.