In the upcoming episode of Attarintlo Akka Chellellu, Shravani wants to go to the court and ends up arguing with Vedavati. Read more here 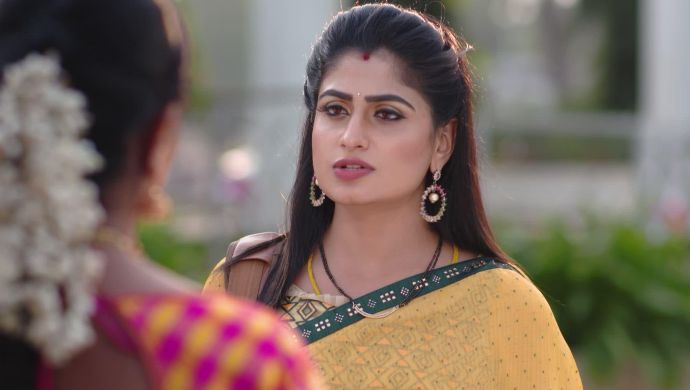 Earlier in Attarintlo Akka Chellellu, Aditya feels enraged when Priyamvada forces him to have the teertham. He throws the vessel away and walks off into his bedroom. He tells Dharani about what happened and falls asleep. Dharani starts introspecting everything happening around Aditya and concludes that the tablets are the cause of all the trouble. She decides to meet his doctor. Shashikala gets agitated when Priyamvada informs that she has failed again. Shashikala asks her henchman to contact the Bihar gang to kill Vikram and Aditya. Dharani sees two strangers outside her house. Before she could do anything, Aditya comes and offers to drop her wherever she was going.

In the upcoming episode, Vedavati sees Shravani go to the court, while they host a Pooja. She asks her about the urgency and Shravani informs that she had been delaying a case because of the wedding and now she has to get back to work. Vedavati politely asks her to stay back, but Shravani says that the poojas can take place another day, but her work mustn’t suffer due to this.

Monday Motivation: Let Vijay Deverakonda's Mantra To 'Be Extraordinary' Be Your Motto