In the latest episode of Attarintlo Akka Chellellu, all the drama turns out to be happening in Priyamvada's daydream. Read the full update here. 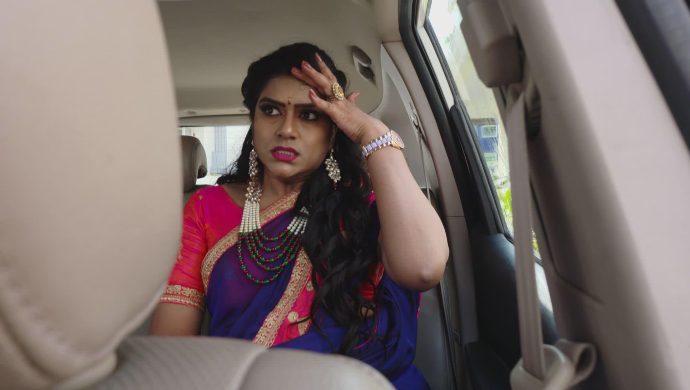 Earlier in Attarintlo Akka Chellellu, Vedavati comes home and calls Dharani. Everyone gathers in the living room along with Dharani. Vedavati explains her disappointment in Dharani, and everyone else adds on the miserable situation by making various comments. Finally, Vedavati takes away the house keys from Dharani, stating that she cannot handle the responsibility and authority well.

In the latest episode, Vedavati walks closer to Priyamvada and asks her to accept the pettanam. Priyamvada takes it happily, but suddenly the car suffers a sudden break and Priyamvada wakes up from her daydream. Vedavati, Hamsa and Priyamvada come back home. Dharani changes her saree when Aditya tries to taunt her for having the house’s pettanam. They get into a silly argument and decide against speaking to each other for the whole day.

Vedavati sits silently on the sofa. Vikram comes to her and asks if something was wrong since Hamsa seems tensed and Priyamvada looks angry too. Vedavati tries to dismiss the topic, but Priyamvada tells him everything. Vikram takes a moment and tells his mother to avoid rushing into any decision because of one alleged mistake. Instead, he suggests her talking to Dharani and clearing out the issue.

Vedavati calls Dharani in her room and asks Vikram and Priyamvada to step out. When Dharani arrives, Vedavati asks her to be seated and tells her that the keys given to her are more than mere keys. They indicate responsibility and trust. Saying this, Vedavati asks Dharani to never let her down, and always have a sense of right and wrong. Dharani asks if she made a mistake, but Vedavati tells her that they needn’t get into details.

Throwback Thursday: These Childhood Pictures Of Ram Charan Will Make You Grin…