In the latest episode of Attarintlo Akka Chellellu, Dharani loses her control due to Priyamvada's actions. Read the full update here. 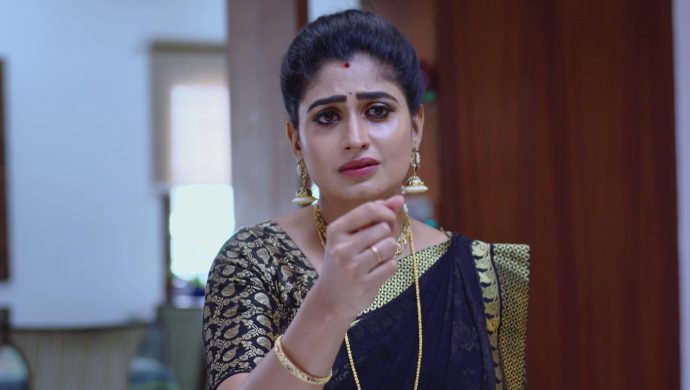 Earlier in Attarintlo Akka Chellellu, Vedavati takes Hamsa along with her, influenced by Priyamvada’s word. They reach Narayana’s house but do not see anyone there. Priyamvada steps in and explains that Dharani has used money from the educational fund to buy a house for her parents. Vedavati is shocked to know the same. At home, Aditya comes to Dharani and asks Dharani to give an explanation for her changed behaviour. When she does not respond to him, Aditya concludes that she has been showing off her authority after getting the Pettanam from Vedavati. But Dharani defends that it is a responsibility, not authority.

In the latest episode, Aditya refuses to let go of Dharani’s arm and asks her to reveal the reason behind her changed behaviour. In a few moments, Vedavati comes home and starts calling Dharani out, on the way. When Dharani reaches, she sees everyone in the house gathered in the living room along with Vedavati. That’s when Vedavati asks Dharani about her intentions behind lying and proving everyone wrong, who trusted her. Before Dharani could grasp the situation, Priyamvada starts talking and makes it worse.

Vikram tries to help but does not find any valid argument to hold in Dharani’s defence. Shravani uses this moment and starts slandering Dharani in front of everyone. Aditya, too, blames himself for everything because he is the one who found and fell in love with her. Unable to say anything, Dharani stands in a corner silently. She also takes out the house keys and gives them to Vedavati, when she is told that she cannot handle any responsibility or authority. Dharani cries but doesn’t say anything. Priyamvada says that Vedavati must think well before taking any important decision.

ZEE5 Original Anaganaga: Episode 5 Is The Embodiment Of How A Lot Can Happen In A Moment