In today's episode, the deepam goes off for a few moments and Aditya meets with an accident at the same time. Read the full update here. 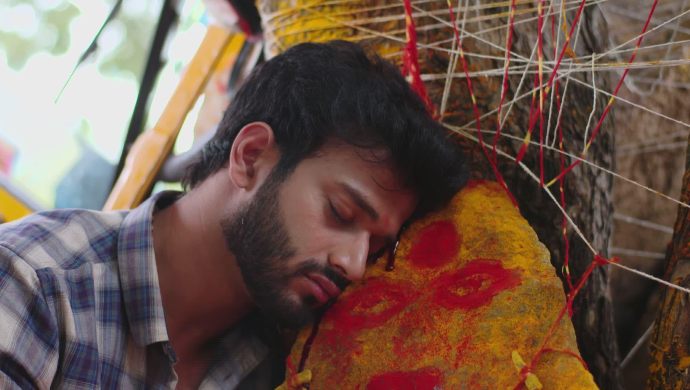 Earlier, in Attaritlo Akka Chellellu, Aditya leaves home for work and Dharani feels weirdly worried about him. He assures her that he will be safe and nothing will happen to him. Vedavati gets ready for the mrityunjaya homam, but Priyamvada asks unnecessary questions. The Kalabhairava baba keeps burning camphor on her hand to explain the concept of belief and doubt. Shravani waits on the way to ensure that the boy who is coming to see her and his family do not go home. She finds them, stops them and then tells the story of Dharani’s wedding.

In today’s episode, after telling them Dharani’s story, the prospective groom’s father tells Shravani that he has seen her somewhere. He asks Shravani to take her sunglasses off. Shravani asks what he would do looking at her and then she asks if he would like to marry his son to her. The father is taken aback and he replies that his son cannot handle a girl who is so fast and leaves. Shravani, too, goes back home pretending as if she was returning from a meeting.

Meanwhile, the homam has begun and Priyamvada keeps thinking about a way to ruin the pooja. A strong breeze comes their way and the deepam is almost extinguished. That’s when Priyamvada thinks that if she can extinguish the deepam, Aditya would die and the pooja, too, will be pointless. So, she dashes into a man with a water pot in his hand. Despite water falling on the deepam, the fire burns again. The Kalabhairava baba tells Vedavati that her son is alive, but since the fire has almost burnt out, he is in danger.

Aditya was selling sarees in a rickshaw. He tries to save a young boy crossing the road, mindlessly. but ends up falling out of his rickshaw and hurts his head on the stone idol of a goddess. Vedavati’s homam is completed successfully and the deepam is still burning. But right after the homam, she faints and Vikram and Vayuptra take her to the hospital. Dharani feels instinctively that something was wrong with her husband and gets him admitted in the hospital.

Aditya and Vedavati share neighbouring beds. However, no one notices it. The doctors clean up Aditya’s wound and claim that a lot of blood has been lost. The nurse comes to tell Dharani that they urgently need AB negative blood and Dharani offers to donate since she shares the same blood group. The nurse insists that it will not be enough and she will have to find someone else too. Dharani tells the nurse to take as much blood as needed but to save him. Once again, the nurse tries to explain that the rules do not work like that.