In the latest episode of Attarintlo Akka Chellellu, Aditya is unable to guess that the lady sitting next to him is his wife. Read the full update here 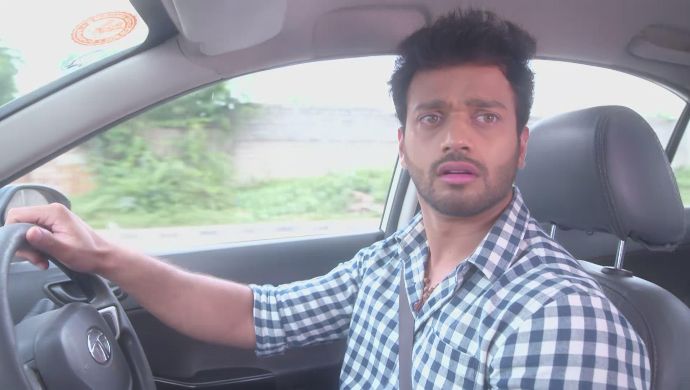 Earlier in Attarinlo Akka Chellellu, Hamsa tells Dharani that Aditya cannot see her hurt even when he is angry. Dharani asks Aditya to drop her to the court but Aditya demeans her and drives away. She takes F2’s help and goes to the court to meet Shravani and tell her about the problems. She overhears the lawyer’s conversation with Priyamvada and follows him to Shashikala’s house where they plan on discussing their terms. Dharani finds a way to get inside by dressing up as Shravani.

In today’s episode, Dharani goes and stands in a corner and listens to their conversation. When the lawyer asks Priyamvada to get Aditya’s signatures on a few papers, she decides that she will not let that happen. After discussing the plan, Sashikala gives Priyamvada Rs.1 Cr for her acceptance to their offer. Dharani thinks that they are treating her well right now to use her as a pawn later. The maid brings coffee for Dharani and the goons get F2 out of the pathway.

The lawyer sees Shravani run out of the guest house and asks his henchmen to follow her and bring her back. They follow her but Dharani crashes into Aditya’s car. Aditya wonders if it is Shravani and Dharani decides that she shouldn’t tell him because he would bombard her with questions. In the car, they keep looking at each other. Aditya wonders how the twins are so identical and Dharani takes this opportunity to have some fun.

Dharani starts talking to him and asks him if he plans on hitting on her. When he tries to get out of it, she attempts to get him to talk about their love story. Aditya then tells her that he has been duped by his wife and starts talking about his misery. Dharani loses her calm but then restores herself and says that he mustn’t draw conclusions like that. She asks him to drop her on the side but Aditya offers her to drop at home. After a slip of tongue, she covers it up saying that she has work nearby and wants to get down there.

Ninne Pelladatha Weekly Update: Everyone Is Happy To See Mansi-Mrudula