In the latest episode of Attarintlo Akka Chellellu, Priyamvada meets the lawyer and starts to consider their offer. Read the full update here 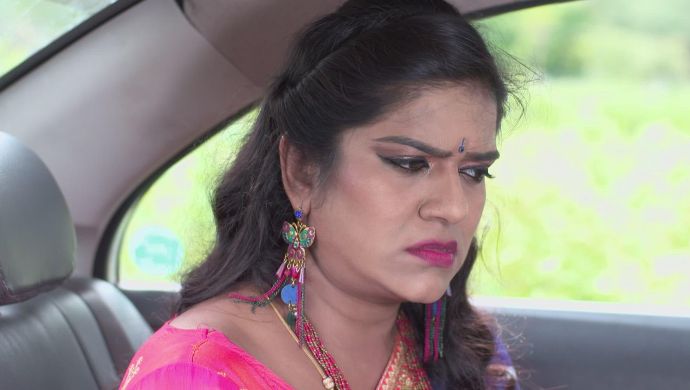 Earlier in Attarinlo Akka Chellellu, Dharani tells Hamsa that it’s okay if he is angrier than before, at least Aditya has eaten his meal. Priyamvada wonders how she will manage all the work once the wealth and property are in her name. Vikram and Vedavati discuss board meetings and talk about Aditya having 42% shares. This makes Priyamvada happier. Later, she gets a call from an unknown person who promises to help her. The next morning, Hamsa and Dharani find a way to make Aditya eat home-cooked food.

In today’s episode, Priyamvada stands outside the lane and sees the car waiting for her. She sits inside the vehicle and thinks if she is doing the right thing. A few minutes later, the lawyer comes inside and this scares Priyamvada. She tries to get out but the lawyer asks her why she was afraid now when she had already made the choice to trust them before getting inside. After some persistence, the lawyer introduces himself and explains how they can mutually benefit from their plan.

Once Priyamvada leaves, the lawyer gets inside another car with his boss. They move ahead and see Dharani on the other side. Dharani calls F2 to see if he could drop her at the boutique but he was busy with other passengers. The lawyer tells everything about Shravani’s past and future to the lady. She takes the gun and goes in front of her. She warns Dharani, mistaking her for Shravani, to stay safe and prepare for poverty. Because she will strip her in-laws off all their wealth and power.

Dharani does not utter a single word and comes to the boutique. However, she is constantly bugged by the thought of why the lady was talking about their in-laws. After some thinking, she calls F2 again, narrates the whole situation to him and asks him to help her find some information.