In today's episode, Aditya remembers that Dharani liked a green saree and so he buys one for her. Read the full episode here. 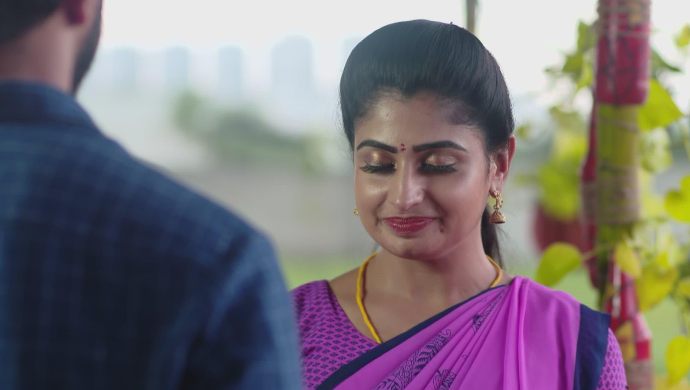 Earlier, in Attaritlo Akka Chellellu, Aditya stays at home and thinks about how he can make his wife happy and make her life easier. Dharani goes to work after serving him breakfast. Aditya remembers that Dharani mentioned about liking a green saree. Aditya sees a salesman and asks for a green saree. The salesman senses Aditya’s innocence and tries to exploit him by selling a saree worth Rs 100 for Rs 1,000. Vikram sees that Priyamvada is trying to annoy his parents again and he tells his father that Priyamvada has prayed to do 108 pradakshinas for Aditya.

In today’s episode, the Kalabhairava baba comes to Vedavati and she gets up from her place to greet him. She thanks him and the gods for bringing news about her son. She asks if Aditya is alright, but Priyamvada butts in and asks why she would believe in such a man. Suddenly, Priyamvada starts scratching herself and the Kalabhairava baba asks if she knows about the reason behind the sudden itching. She understands his point and shuts up.

The Kalabhairava baba tells Vedavati that her son is surrounded by death. He tells her that Aditya’s life is in danger and no one can save him. On the other hand, Dharani comes back home from work and sees that Aditya is hiding something behind him. He tells her that he has a surprise and gives the her the saree. Dharani is excited to see it and takes it away but Aditya insists on wearing it. Dharani is left with no choice and tries it on. The saree is short and incomplete. Aditya asks why she had worn it in such a way and asked if it was a new fashion. Dharani tells him that he has been duped by the salesman.

Aditya tells Dharani that maybe she has grown too fast and that’s why the saree isn’t fitting her well. He justifies that Vedavati always complained about how fast he was growing and how short the clothes would become. Dharani laughs at his innocence and asks how much he paid for it. He tells her about the Rs 1,000 she had saved. On hearing this, Dharani loses her calm entirely and scolds him for spending money without a thought. That’s when Aditya hears the same man’s voice in his colony. Dharani takes off the short saree and takes Aditya to him.

Dharani throws the saree on the salesman’s face and scolds him for being such a fraud. He begs Dharani to stay calm and not tell anyone else. He also promises to pay her money back but Dharani calls everyone and they return his sarees too. On the other hand, Vedavati and the family come back home but she continues to starve herself. She keeps thinking about what the Kalabhairava baba had told her about Aditya when Vikram comes in and asks her to eat something. He tells his mother that she cannot starve and hope for Aditya to come back home.