In the latest episode of Attarintlo Akka Chellellu, despite all the fight, Dharani wants to ensure that Aditya eats on time. Read the full update here 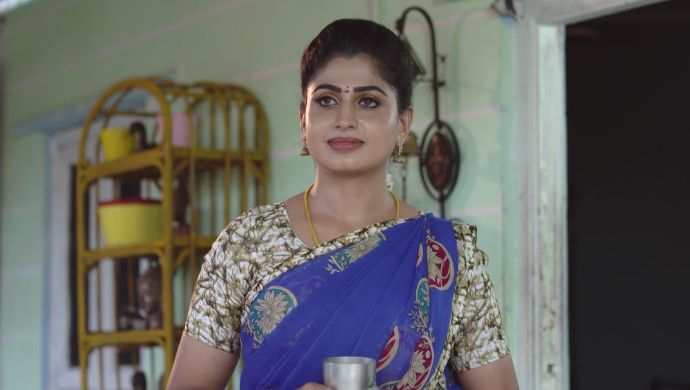 Earlier in Attarinlo Akka Chellellu, the CEO resigns from the unnamed lady’s company because there is no scope for growth after her husband’s misdoings under the pharma company. The lady’s lawyer suggests that their best bet is to mingle with Vayuputra’s company and Priyamvada will be their way to get to the top. At night, Aditya comes home and taunts Dharani for the same reason again. Dharani knows he can’t bear hunger and lies to him so that he will eat something.

In today’s episode, Hamsa asks Dharani why she lied to Aditya and made him more agitated. Dharani explains that he will be angry all along but at least he has eaten one meal in the day. Hamsa understands her crazy love for him and offers food for her to eat. Priyamvada sees Vikram working and thinks how she will handle the work when it’s all under her control. Vikram and Vayuputra talk about the important board meeting and think about how Aditya’s presence would have made their decision easier since he holds 42% shares.

Priyamvada is happy to know 42% of shares can be assured to her since Aditya is in her palms. When the mother-son leave, Priyamvada gets a call from the lawyer, who introduces himself as the enemy to her enemy. He tells her to get inside the car that will stop for her at sharp 10 am. Priyamvada wonders who the person is to know everything that no one has ever asked, seen or heard. The next morning, Dharani and Hamsa plan something so that Aditya could have breakfast at home and eat lunch cooked by Dharani.

Aditya gets ready for work when Dharani brings breakfast for him. Aditya looks at it and tries to ignore her. Dharani tries smiling but Aditya turns to the other side. He goes out of the house and is stopped by Hamsa. She asks if he is off to work and Aditya agrees. Then Hamsa asks if he has eaten anything. Aditya denies and Hamsa tells him about how it’s his right to eat at home since the money is hard-earned by him. She also reminds him of how outside food is unhealthy and dirty. Aditya thinks for a moment and agrees with her.

Aditya sits on the chair and demands for breakfast. Dharani brings it but Aditya doesn’t take it unless Hamsa gives it to him. After eating well, he compliments the food and takes his lunch box. As he goes out, Aditya gives Rs. 100 to Hamsa and tells loudly that he will be eating here but does not want anybody’s favour.