In the latest episode of Attarintlo Akka Chellellu, Vedavati gives a task to Dharani that makes her feel overwhelmed & happy. Read more about it here 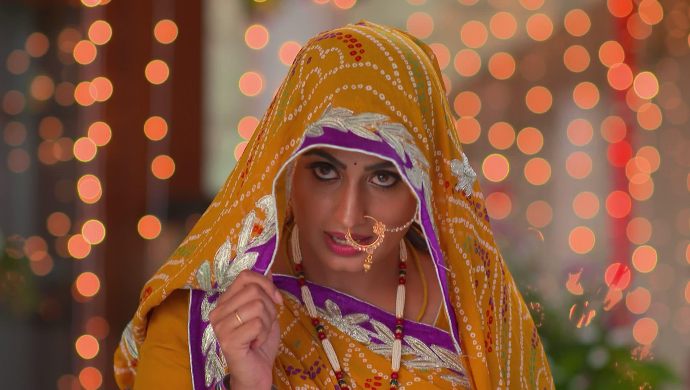 Earlier in Attarinlo Akka Chellellu, Dharani teases Aditya by calling Vedavati and gets him to drink the coffee. Vedavati announces that the wedding will not be too costly. Priyamvada and Shravani are shocked to hear this. While selecting the wedding cards, Aditya calls Vikram as Nani and Vikram finalizes that card. This irks Shravani again. Later, Dharani tells Aditya to select a wedding card for them, so that they could show it to their kids.

In today’s episode, Shravani comes inside her room and thinks of how she has been put down twice in one day. She decides to let people know that they need to put her first. Vikram comes to surprise her but leaves when Shravani tells him that she is unwell. Vedavati asks Vikram where Shravani was since they had to meet the designers. Vedavati goes to call her but Dharani stops her and offers to go herself. There, Shravani yells at Dharani for forcing her to go and meet the designers.

Dharani thinks that she cannot let people see Shravani in anger or else Vedavati would have a wrong impression. Finally, she dresses up as Shravani and meets everyone. Vedavati asks about where the other girl was and Dharani thinks about how this girl is the ‘other girl’. She goes to the designers’ assistants and asks ‘Nani‘ to finalize the designs. Vedavati is shocked to hear this and asks if she knows about Aditya’s missing case. Dharani nods and looks at Aditya and tells that his taste is similar to that of her son, so he could do it too.

Vedavati agrees and he selects a design. When Vedavati asks Shravani to finalize a design for her younger daughter-in-law, Dharani is extremely happy with tears in her eyes. She tells Vedavati that there is no need to look at other designs. But she can get the same design for her ‘sister’. Vedavati points out how Shravani called her ‘sister’ and not ‘toti-kodalu‘. Vedavati tells her that she is confident that her son and daughter-in-law will come even if it at the final moments.

Dharani takes this moment to play with her husband and asks Vedavati how her son looks like so that they could get his measurements too. Vedavati tells her that they can use his old coats. But Dharani playfully corners him by saying that he must have gained weight now that is married. Aditya says she has been feeding him bad food by making him pay as well. Dharani tells Aditya that she heard him and pointing towards him, asks Vedavati if Aditya looks similar. She nods and Dharani asks the designers to take his measurements.

As the designer does her job, Aditya thinks how Dharani is far gutsier than he imagined. Later, Priyamvada comes to remind Vedavati that none in the house is a couple who could take the first wedding card to get it blessed from the local goddess. Vedavati calls Dharani, as Vasundhara, and asks her to do the good work. Dharani, obviously, is happy and tries her best to contain her happiness.