In the upcoming episode of Attarintlo Akka Chellellu, Shashikala calls Dharani at night, to provoke her and to help Priyamvada. Read more here 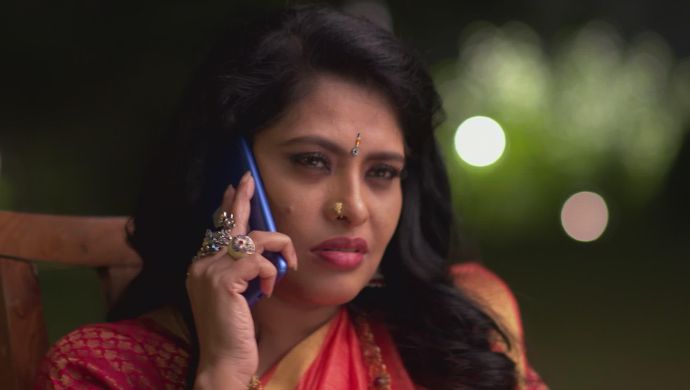 Earlier in Attarintlo Akka Chellellu, Dharani asks Aditya to keep their issues confined within the four walls of their room. Later, when Vikram tries to tease Aditya, he plays along and it makes Dharani feel happy because he decided to honour her choice. Priyamvada walks in and tries to demean Dharani. But instead of lamenting about her situation, she (Dharani) bounces back confidently and challenges her that she will get closer to her husband soon. She also discovers a clue of what Priyamvada is up to.

In today’s episode, Dharani meets Vedavati in the lawn, when the latter returns from the temple. Dharani greets her before Vedavati asks about the dosa batter that she forgot to inform her about. Dharani tells her mother-in-law that the batter had been taken care of, she had served everyone breakfast too. She asks Vedavati to get ready for breakfast since the two ladies were the only ones left to eat. Vedavati looks at Dharani lovingly, and thanks her for taking care of everyone. She also adds that now, with Dharani in the house to take care of everyone and everything, she can concentrate on other things.

As they walk towards the living room, Dharani talks about the Manager who needed to grant money to someone named Samyukta. Vedavati stops and looks at her. She promises to meet the Manager and clear the bills by evening. Before Dharani could frame her question, Vedavati explains that Samyukta is Priyamvada’s daughter. Initially, Priyamvada used to have proper reasons to keep her away from everyone. But now, she only has lame excuses. And, it isn’t right to question the Ada–paduchu, which is why they do not have any more details about Samyukta. Dharani takes a note of it and decides to find out more.

When the lawyer enquires about Shashikala’s meeting with Priyamvada, she explains that she needs to meet Priyamvada, if she wants to use her as a pawn. That’s when Priyamvada enters. Shashikala greets her and hands over a bottle to her. She explains that the bottle contains some special liquid, which she needs to mix in the milk that her nephews will drink. This will cause trouble in the two couples’ married lives, and she can buy some time to find her daughter. Priyamvada goes home, excitedly, to see that everyone is sitting together and laughing over Aditya-Dharani’s silly love story. Immediately, she is furious.

When Vikram calls Dharani ‘great’ to have changed Aditya, into a better and wiser person, Shravani feels agitated. She curses herself for being unable to speak out and shut out Dharani. Later at night, Dharani and Hamsa are in the kitchen, discussing Aditya’s situation. Priyamvada sees this and wonders how she could mix the solution in the milk glasses. So, she calls Shashikala for help, who in turn calls Dharani – to distract and provoke her. Priyamvada picks an unnecessary fight with Hamsa and demands to take the milk glasses for her nephews herself.

Best Of 2019: 8 Biggest Twists That Changed The Game In Your Favourite Zee Telugu Shows