In the latest episode of Attarintlo Akka Chellellu, the lawyer gets Aditya drunk on Shobhan Raju's advice. Read the full update here. 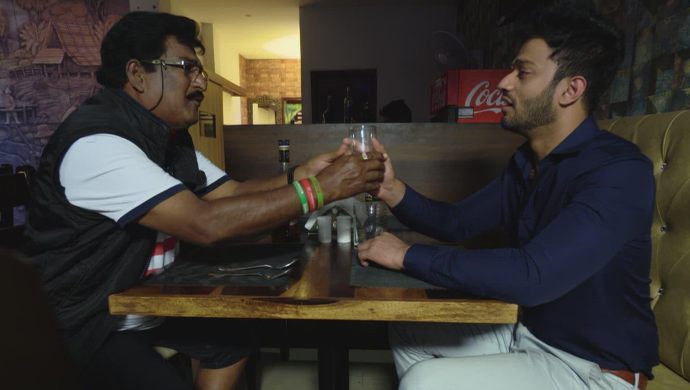 Earlier in Attarintlo Akka Chellellu, the goon is disturbed by an elderly man, and Aditya loses his sight. Dharani and Vikram inform Vedavati that Aditya was nowhere to be found. A stranger throws a phone inside Aditya’s car. He gets a call and the person on the other line asks Aditya to meet him to know more about his wife. Dharani gets a call from Shobhan Raju, who mentions that he saw Aditya and will kill him soon.

In the bar, Shobhan Raju asks the lawyer to meet Aditya. The lawyer goes to him and adds fuel to his pain by talking negatively about Dharani. He also forces Aditya to consume alcohol. Vikram asks Priyamvada to talk positively when she says that Aditya might not come back home again because he does not want to face Dharani. Aditya makes an entry at that time, in an entirely drunken state.

He goes straight to Dharani and asks why she tried to give him such medicines. He starts blaming himself for falling in love and marrying her. Dharani breaks down as he says it all. Shravani, on the other hand, wonders why Dharani’s condition had been worsening. But she also feels proud that Dharani could never muster the courage and confidence that she does.

Women's Day Special: Jayaprada To Anushka, Here Are The 7 Trailblazers Of Tollywood