In the latest episode of Attarintlo Akka Chellellu, Narayana calls Vedavati to thank her for the "gift" she gave them. Read the full update here. 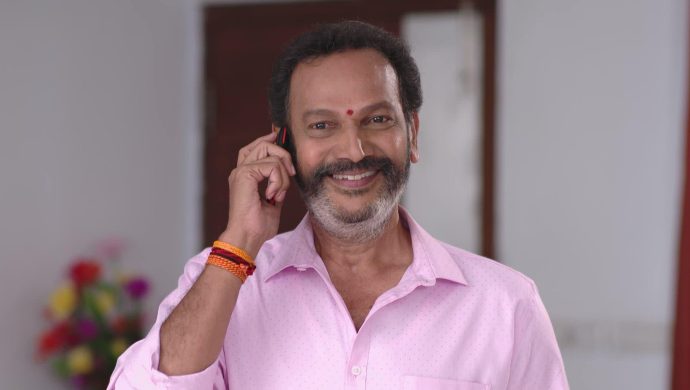 Earlier in Attarintlo Akka Chellellu, Shobhan Raju tells Priyamvada to talk to the doctor, and ask him to tell the truth about Aditya’s pills to Dharani. The doctor does exactly as instructed to him. Dharani feels shocked to learn about it, and asks the doctor to help her in finding the person behind this. Hamsa has her phone connected to Priyamvada’s when Dharani talks about her plan to catch Priyamvada red-handed. Later, when Aditya tries to come closer to Dharani, she tries to stay afar, as per her new plan.

In the upcoming episode, Dharani keeps denying to play along with Aditya’s story. He starts losing his temper and asks Dharani to get out of the room. He searches for his tablet, and calls Priyamvada when he does not find it. Priyamvada, who was on a call with Shashikala and Shobhan Raju, picks up Aditya’s call and adds him to the conference call. Aditya begs for the tablets and smashes his phone when Priymavada talks about things other than the tablets. Once he hangs up, Priyamvada starts complimenting Shobhan Raju for his foresight and planning.

Sometime later, Hamsa goes to Vedavati’s room to offer her juice. While she is in Vedavati’s room, Narayana calls her. Vedavati answers the calls and they talk about two different conversations, without realising. Narayana tries to thank Vedavati for the new house, while she tries to tell him that she hasn’t done anything for them to be thanking her. Hamsa listens to their conversation and thanks her stars for the way this problem has gone out of her way. Before hanging up, Vedavati tells Narayana to stay tuned for yet another surprise that she has planned for him and Godawari. Priyamvada comes and asks Vedavati about the surprise.

Vedavati explains that she has been thinking about inviting Narayana and Godawari to stay with them. Surprisingly, Priyamvada agrees with Vedavati, and continues to talk about how the house will be complete with them. Later during the day, Dharani and Hamsa make rangoli together when Dharani notices the same panic and fear in Hamsa. She tells her not to worry, and suggests video-calling Shivudu if it would make her feel better. Hamsa smiles it off. However, she keeps cursing herself for having to do the wrong things to a girl (Dharani) who has been treating her like a sibling.