In the latest episode of Attarintlo Akka Chellellu, Dharani lies to Aditya so that he could finish his meal on time. Read the full update here 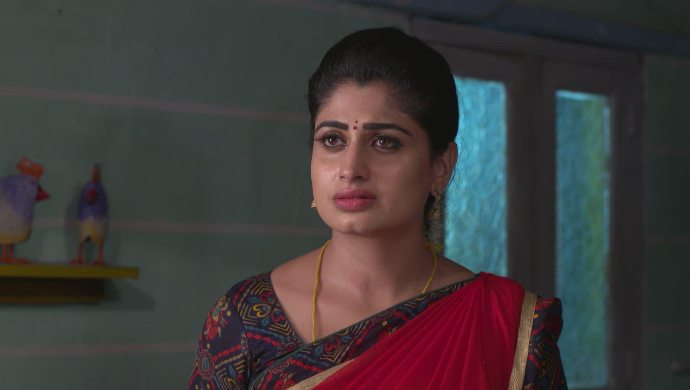 Earlier in Attarinlo Akka Chellellu, Aditya creates ruckus in the house because he couldn’t find the toothpaste. Then he has a bath in cold water because everyone tries to stop him from heating water in a plastic bucket. When Dharani tells him to carry his lunch box, Aditya drives away. Hamsa and Shivudu tell her to be strong and take better care of everything until his anger cools down. Priyamvada fights with Vedavati and Vikram because they deny giving her Rs. 5 lakh over her budget for no reason. She thinks of how to get all the money.

In today’s episode, the unnamed lady and her lawyers talk to their CEO about his plans to rebuild the brand. The CEO resigns and leaves it upon them to deal with it. The CEO mentions that it is because of their misdoings and drug business that the top pharma company has gone down the drain. The lady’s husband is the minister who was thrown behind bars because of Shravani’s argument. The lawyer tells the lady that their only way to get back into the business is by partnering with Vayuputra’s company.

The lady is puzzled to hear this and asks how can they partner with them, no have no marks on their records. The lawyers tell her about Priyamvada – the step-sister to Vayuputra and the one who desperately wants to break the family for money. Around 2 pm, Aditya feels hungry and since he does not have a lunch box, he buys biryani from a restaurant. But as he sits down to eat, he remembers of Dharani and decides against eating since even she must be hungry. So, he keeps the food packet on the road and drinks water.

At night, Dharani sits outside the house and waits for Aditya to return. Hamsa tries to feed Dharani but Dharani refuses to eat since Aditya must have stayed hungry all day, too. Shivudu expresses his surprise about how Aditya got to know what she planned on telling him. Dharani explains that it’s all because of Priyamvada. Aditya comes home and is stopped by Hamsa. He tells her that he does not want to talk to anyone. Dharani asks him to eat and not be angry at the food.

Aditya sees a grain of rice on her lips and concludes that she has eaten. Hamsa tries to tell him otherwise but Aditya stops and claims that he is the mad person who has been in love with her and thought of her before eating. Dharani stops for a second and starts to use reverse psychology. She tells Aditya that she did has eaten all the food and he shouldn’t starve because of her. He must take care of himself and his food without thinking about anyone else.

Birthday Special: 6 Facts About Raghava Lawrence That We Should Know On His Special Day