In today's episode, Shankarayya and Aditya dream of Dharani and Vikram bumps into Shravani on the way home. Read full update here. 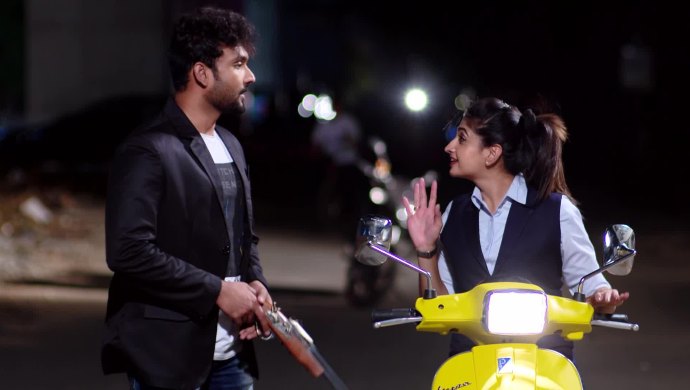 In the last episode of Attarintlo Akka Chellellu, Aditya and Dharani met each other even after trying hard to stay away. Aditya was about to step on a faulty electrical wire when Dharani pushed him and saved him. Both of them fell in a cement pit and Dharani hurt her elbow. Aditya cleaned the blood oozing out with his handkerchief. Vedavati saw Dharani in the temple and thought she was Shravani — Vikram’s secret love. She prayed to the gods to make her, her daughter-in-law soon.

In today’s episode, Dharani tells Aditya to find a way to stop thinking of her and trying to meet her as she walks away from him. In the temple, Vedavati waits for Dharani to return. But later gives the vayinalu to her mother instead. Dharani’s mother returns the gesture. Vedatvati completes her bit and leaves when Dharani finally returns. She sees a gold plated kumkuma box in her mother’s hand and asks who gave it. Her mother responds by saying ‘someone wealthy’. At night, Chamundeshwari stops Shravani on the way and asks for her loan money. Saiydamma appears from another side and asks for dowry. A few goons come close to her and threaten to kill her.

Vikram comes to Shravani’s rescue on a bike and scares her enemies by shooting the gun in the air. Shravani thanks him for saving and Vikram takes out a rose from his back-pocket and proposes Shravani. Before Shravani could answer she wakes up with a jolt in her room. She wonders that everything was fine in the weird dream, except for Vikram’s proposal. She calculates Vikram’s, known to her as Vinay, actions to find out his real intentions.

On the other hand, Shankarayya is busy singing songs and working when he hallucinates that Dharani has come to help him. He also has imaginery conversations with her and his mother taunts him. Saiydamma is wondering if he has lost his sanity and hits him to snap him back to reality. As soon as she leaves, Dharani reappears. Vedavati comes home searching for Aditya with a cup of coffee but he is not to be seen anywhere. She asks her husband if he has seen Aditya, but he responds negatively.

Aditya is in the garden, meditating. Even he sees Dharani sitting right in front of him and guiding his medication. Aditya believes that Dharani’s hand is on his heart and starts breathing slowly. Dharani takes her hand and sarcastically asks if the rubber band in his hand is a bracelet. She tells him that it’s unnecessary and he must get rid of it. After some resistance, Aditya gets it off. Stay tuned for more updates.