In the latest episode of Attarintlo Akka Chellellu, Shashikala starts believing that Priyamvada and Shobhan Raju ran away. Read the full update here. 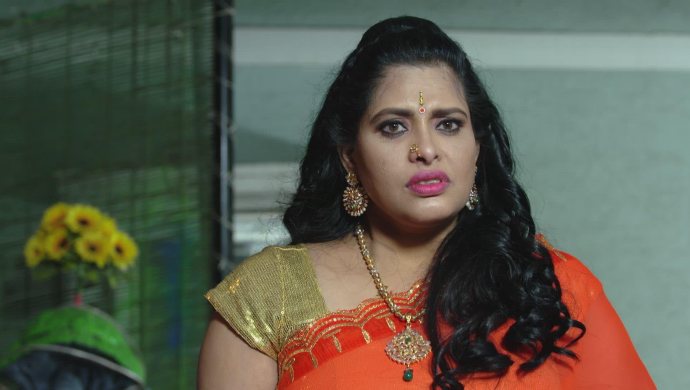 Earlier in Attarintlo Akka Chellellu, Aditya and Vikram say that Priyamvada should be thrown out of the house. Vayuputra takes the keys back and heckles her out of the house. Soon, Hamsa realises that it was all a dream. When she goes to tell Aditya the truth, in reality, Dharani stops her and Aditya storms away. Priyamvada takes it this opportunity to make Dharani feel worse.

In today’s episode, Priyamvada continues to say hurtful things to Dharani when Shashikala calls her. As she enquires about Shobhan Raju’s whereabouts Pryamvada gets angry and promises to call when she has any information. The lawyer tells Shashikala, after hanging up, that maybe the husband-wife have thought of moving ahead with the plan without Shasihkala. After a moment of confusion, she believes him too.

Vedavati first refuses the food served by Dharani. Vayupuytra asks Vikram to find out Aditya, while Dharani leaves the house to search for him. She goes to a shop and asks the people around. Shobhan Raju turns around and promises to help her, and asks her to share the photograph. Dharani does that and goes back to the car when she wonders where she had heard that voice. That’s when she realises it was Shobhan Raju.

Read the full written update for the previous episodes here. Watch more episodes of Attarintlo Akka Chellellu on ZEE5, before it airs on TV.
Don't Miss

FASHION FRIDAY: These Bellamkonda Sreenivas Looks In Saakshyam Are Effortlessly…