In today's episode, Shravani has a nightmare in the day and wonders if Vikram still loves her. But he reassures her. Read the full update here. 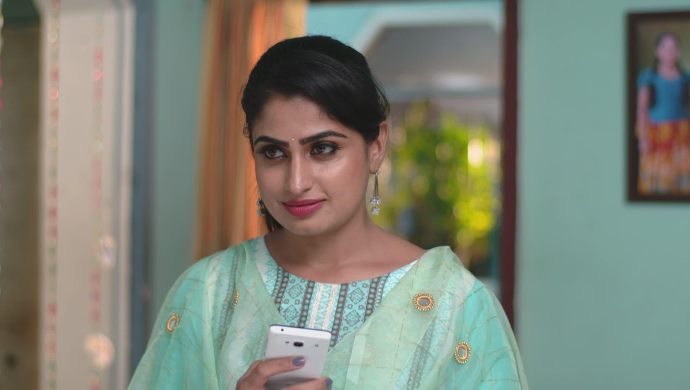 In the last episode of Attarintlo Akka Chellellu, Vedavati and Vayuputra decide to get Vikram married to the girl he loves. Priyamvada tries to add fuel to their already burning stress by asking questions about his relationship. Vikram tackles them and later tells her to stay within her boundaries. Aditya and Dharani strike a deal where Aditya would work only if he finds something within his zone of comfort. Dharani starts her new job at the boutique and begins to daydream about Aditya.

In today’s episode, Narayana tells Shravani to keep herself free the next day because the boy and his family are coming to see her. Shravani wonders how she could get out of the mess. She hasn’t spoken to Vikram about their love and neither has he responded to her texts. Shravani starts thinking if Vikram has stopped bothering about her. That’s when Shravani dreams that she is married to a middle-class man while Dharani is enjoying in the wealth of her husband. She dreams of Dharani treating her the way she wants to treat her.

She snaps out of the daydream (nightmare) and decides to call Vikram. Vikram picks up the call and refers to her as ‘madam’. Shravani too responds in the same tone as she did when Vikram worked as her assistant. Vikram tells her that he has some problems at home and hence hasn’t been able to meet her. Shravani tells him to look after the work first and they could meet once he is free. Post the call, Shravani decides that there is no reason to worry about Vikram and she must focus on getting out of the Pelli choopulu the next day.

Aditya waits for Dharani at night, hungry. She brings biryani for him and other things for the house. Aditya tells her that he missed her and was bored at home alone. Dharani said they couldn’t sit together at home all day because they need to go out and earn a livelihood. They have dinner and Dharani tells him that she is fasting because paying for two plates of biryani would not be feasible. So, Dharani decides to starve.

Vedavati and the family prepare for the pooja the next day for Aditya’s safe and early return home. The next morning, Hamsa brings payasam for Dharani and Aditya. Aditya takes the bowl and thanks her for bringing payasam since he likes it a lot. He asks if she made it for him and Hamsa nods in agreement. Shivudu appears from behind and jokingly asks why his wife would make anything for him. He then tells them that it’s their wedding anniversary. Dharani wishes them but Aditya steps forward to hug them and Shivudu stops Aditya from hugging his wife.

Muddha Mandaram: 5 Scenes From The 29 August 2019 Episode That You Need To Watch Out For