In the latest episode of Attarintlo Akka Chellellu, Priyamvada prepares to take the next step to own all the wealth. Read the full update here 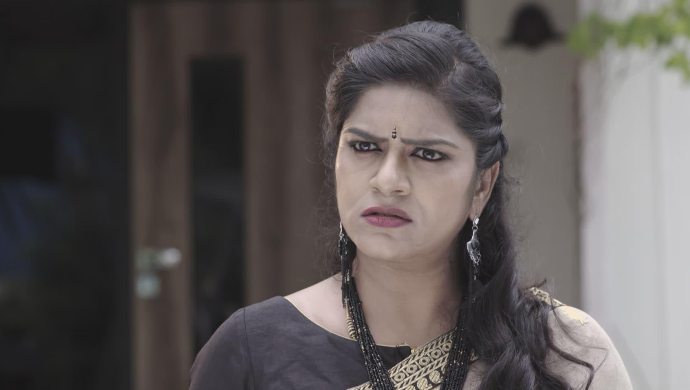 Earlier in Attarinlo Akka Chellellu, Vikram is baffled to learn about Shravani’s attitude towards his sibling. He asks her to stop talking, politely, and hangs up the phone. Shravani sends a video message to him, apologising for her behaviour. Priyamvada sees Vedavati spending money on poojas and temples again. So, she goes in to knock some sense into her. She claims that all of this is burning hard-earned money and would not bring her son back. Vikram retaliates but Vedavati tells him to calm down and asks Priyamvada to not spew unhappiness. Aditya continues to scold and taunt Dharani while she tries to make amends.

In today’s episode, Priyamvada calls Aditya to check on their status. Aditya tells her that he has loved Dharani too deeply to even look at her anymore. She adds that they will continue to hurt someone for as long as you let them. In such a case, slapping them isn’t a big deal. Dharani overhears the conversation and thinks that she shouldn’t be surprised by this behaviour. Priyamvada tells Aditya to look out for himself and if something bothers him a lot, he can always call and talk to her.

Aditya goes back inside and is angry to see Dharani sleeping. She is wide awake and listening to everything but he thinks that she has slept peacefully while he is in agony. The next morning, Dharani wakes him up for work and asks him to freshen up so that she can serve him coffee. But Aditya rejects it. He comes back into the house and starts throwing things away. Hamsa comes inside the house and asks what he was finding for. And that’s when he tells her that he is finding for the toothpaste.

Everyone has a facepalm moment. Dharani brings the toothpaste and gives it to him. Aditya leaves the house and Hamsa tells Dharani to be careful for the next few days. Aditya brings a bucket full of water and goes to heat it up. Hamsa, Shivudu tell him to have a bath with the water that Dharani has heated up for him. But Aditya says that he doesn’t need anyone’s help and can have a bath with cold water as well. He picks up the buckets and pours it on himself.

While Aditya gets dressed, Dharani tries to smile at him. He ignores it and goes outside without taking the lunch box that she has prepared for him. She starts crying and Hamsa tries to console her. Dharani keeps repeating about how he has been ignoring all that she has done and is influenced by someone who spat things at him. Hamsa talks about how even Lord Ram doubted his wife just because someone said something. Dharani thinks that she needs to find a solution to the problem that Priyamvada has brought upon them.

Priyamvada asks for another Rs. 5 lakh from Vedavati for her personal uses. Vedavati and Vikram ask her what she wanted the money for and Priyamvada tells them that she doesn’t have to tell him about it. The mother-son argue that the limitations are set up the man of the house and they cannot go against him. Priyamvada thinks about how she will take away all the money and property very soon. She thinks that she will go as far as needed and as cruel as needed to get what she wants.

A lady and her lawyer discuss about the weak financial condition of their pharma company as they wait for the CEO.