In the latest episode of Attarintlo Akka Chellellu, Hamsa finds herself sitting on a bench, dreaming about everything. Read the full update here. 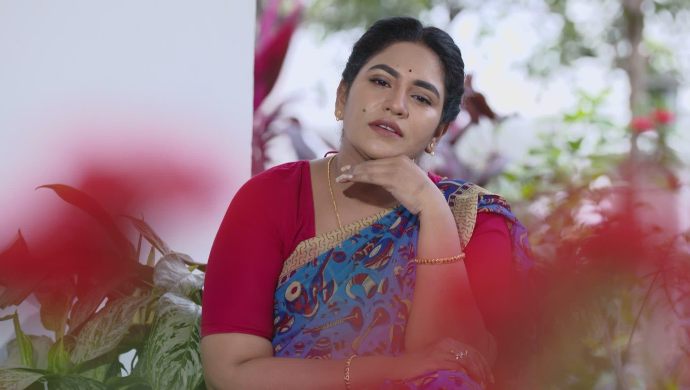 In the upcoming episode, Aditya asks the banker to go ahead and calls the doctor, who finally speaks the truth. Vedavati asks Priyamvada why would do something so petty to someone who is like her own son. Vedavati then apologises to Dharani and asks why she was dealing with it, for no reason. That’s when Hamsa steps in and tells everyone that Dharani remained silent to save Shivudu’s life.

Vikram and Aditya ask their parents what they would like to do with such a person. Aditya suggests kicking her out of the house, and Vikram adds that they have been waiting for his word. Vayuputra asks for the keys, slaps her and asks her to get out of the house. Priyamvada tries to threaten him, but it fails. Priyamvada starts walking out when Hamsa starts clapping her hands in happiness. Soon, she finds herself on the bench and realises it was all a dream.

That’s when Aditya passes by her side, and things start to take place as it had in her dream. But this time, Dharani stops Hamsa, and Aditya leaves the house saying he will not come back. Priyamvada finds herself rejoicing over it, and hopes that he does not show up for a few days so that she could kick Dharani out of the house. Aditya finds himself walking towards the shop where Dharani used to work. Shivudu and Hamsa discuss that they need to solve the problems.

Priyamvada goes to Dharani, who was lost in her thoughts on the terrace, to make her feel worse. Priyamvada says that Dharani will be kicked out of the house soon, but she can come and help during Aditya’s wedding with her daughter. She also talks about Shobhan Raju’s arrival into the city, and asks Dharani to help herself out of the house before it gets any worse. And Dharani asks her to come back to the reality, before losing her ground.