In the latest episode of Attarintlo Akka Chellellu, Aditya goes through the company plans and finds a huge fault in it. Read the full update here. 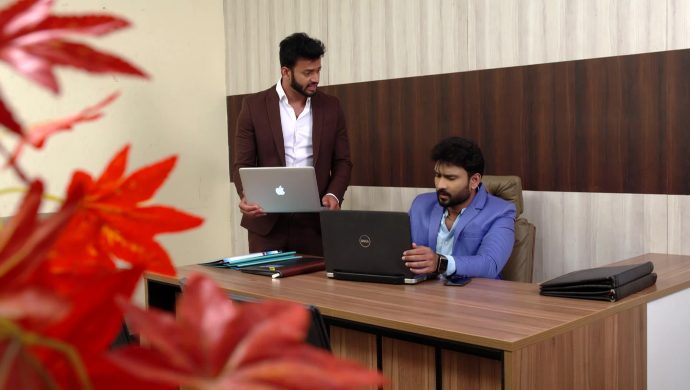 Earlier in Attarintlo Akka Chellellu, Shravani (Chaithra Rai) and Vikram (Madhu) have a huge fight and the former decides to leave the house. Vedavati stops Shravani from leaving and also assures that no one will try to disrespect her. She also tells Vikram to use his words wisely and teaches the importance of Pettanam to Dharani. The next morning, Dharani boosts Aditya’s (Akarsh Byramudi) morale and sends him to the office.

In today’s episode, Shravani, Priyamvada and Shobhan Raju talk lowly about Aditya, while Dharani stands right there. Dharani calls out to Priyamvada in the kitchen and asks her to pick up a vessel, which is kept on the stove. Priyamvada picks it up but drops it because of the high temperature. Dharani uses it as an analogy to tell Priyamvada that she felt the same burning sensation when they were talking about Aditya. She hopes that they learnt their lesson.

Priyamvada and Shobhan Raju tell Shravani to beware of Dharani. They incite Shravani by saying that Dharani might make sure her husband, too, stands taller than Vikram in their businesses. Shravani gets provoked and goes to her room to do something about it. Later, Dharani gets a call from Aditya, who tells her that he has been playing video games. Dharani gives him a pep-talk and asks him to learn about their businesses.

Aditya goes through a few documents and finds out that one of the construction plans which wasn’t feasible has been approved. He shares it with Vikram. At first, Vikram asks him to take it lightly, but soon, understands the gravity of the problem. Vikram also thanks Aditya and tells him to continue doing the good work. A peon hears their conversation and goes out to tell someone about it on a phone call.

In the evening, Dharani and Vedavati wait for Aditya to come home. Vedavati expresses her concern for Aditya working in the office. Priyamvada tries to butt in their conversation but gets insulted. Dharani assures Vedavati that Aditya is a changed man and will not repeat any of his mistakes.

That’s when Vikram comes home happily. But he goes quiet after looking at Shravani. When they ask about Aditya, Shravani says Aditya must have done something wrong again.

Read the full written update for the previous episodes here.

Poll: Who Is The New Maid In Brahmini’s House In Ninne Pelladatha?

Saturday Playlist: 8 Romantic Tracks To Keep You Feeling Good Through The Lovely Weather