In the latest episode of Attarintlo Akka Chellellu, Hamsa mixes baking soda in the food, under Priyamvada's pressure. Read the full update here 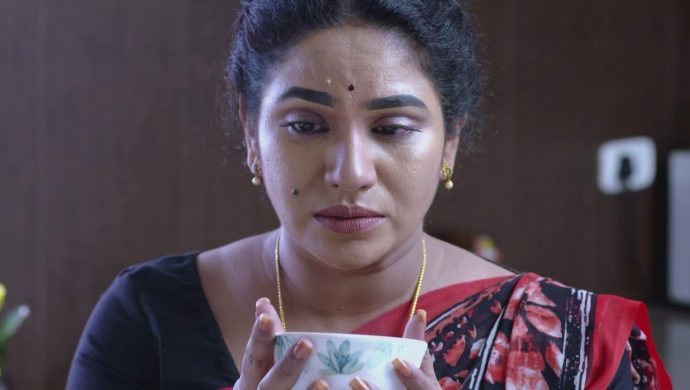 Earlier in Attarintlo Akka Chellellu, Dharani helps Hamsa by making a new thread for her mangalasutram. However, Shashikala’s men beat Shivudu black and blue. On the other hand, Aditya turns all romantic and starts behaving like a roadside Romeo around Dharani. Priyamvada asks the doctor why the medicines weren’t working and he tells her that it might be the side effect of high-dose, which Priyamvada asked Aditya to take. Hamsa gets a video call where she sees Shivudu, bleeding and falls unconscious. Priyamvada walks in and threatens her to do what they say.

In today’s episode, Priyamvada shows Shivudu’s condition to Hamsa on a video call with Shashikala. When Hamsa tries to resist falling in her trap and begs to let Shivudu go, Priyamvada tells the men to beat Shivudu. Hamsa falls prey to their plans and agrees to do whatever they want her to do. Shashikala, Shobhan Raju and Priyamvada get on a call, where he asks them to mix baking soda and Ajinomoto in the food. Despite wanting to do the opposite, Hamsa mixes the said things and prepares garelu for everyone.

When everyone sits in the lawn for their breakfast, Vayuputra is happy to see his favourite dish on the table. He thanks Dharani for never failing to serve what he loves eating. Priyamvada asks Dharani what she was mixing in her food that makes the dishes irresistible. Dharani confidently says that all they need is some attention and love, and every dish will be lip-smacking. When she goes to bring something else, Vedavati asks about Priyamvada’s intention behind such questions. That’s when Priyamvada explains that using products like baking soda and Ajinomoto makes food delicious but can be severely dangerous.

That’s when another maid takes a cue from her and adds that she has been seeing Dharani mix such things in their everyday meals. When Vedavati turns to Hamsa, she agrees with Priyamvada, too.