In the latest episode of Attarintlo Akka Chellellu, Aditya and Vikram bring evidence to prove against Priyamvada. Read the full update here. 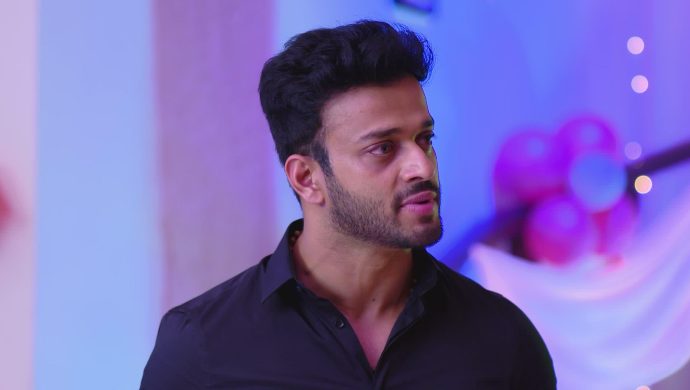 Earlier in Attarintlo Akka Chellellu, Aditya walks out of the house telling Hamsa that he did not want to see Dharani’s face. That’s when Hamsa asks him to stop and tells him the truth about everything. Aditya apologises to Dharani and tells her that they will celebrate their first Valentine’s day in a grand celebration, along with the family. Vikram and Vedavati are happy to see him happy. But Priyamvada wonders how things changed course.

In the upcoming episode, Hamsa sees Vayuputra, Vikram and Aditya walk out of their rooms together and tells Priyamvada to look at that. Aditya comes closer and tells Priyamvada that she is the chief of the night, and will have to give out scores to the three men for the best proposal. Vedavati comes out first and Vayuputra gives her a heart-shaped balloon and a rose. He proposes his love to her by reminding the importance of her support over the years and Vedavati takes it.

They dance on a song together, and then, Shravani steps down. Vikram gets mesmerised looking at her beauty and hands her a rose. He talks about the things that have held him captive from day one – her confidence, attitude and boldness. Shravani tells ‘Love you too’ for the first time and they dance, too. Finally, Aditya goes upstairs when he sees Dharani walking down.

Aditya prepares a monologue for his proposal and tells Dharani that she has completed him, over the course of time. Dharani takes the rose, with teary eyes, and says ‘I love you, saaru‘. After they dance, Aditya tells Priyamvada that he has something for her which will make Valentine’s Day most memorable. He calls the builder and proves that Priyamvada bought Narayana’s house. Vikram, too, calls the bank manager and clears the issues.