In the upcoming episode of Attarintlo Akka Chellellu, Priyamvada succeeds in ruining the first night of both the couples. Read more here 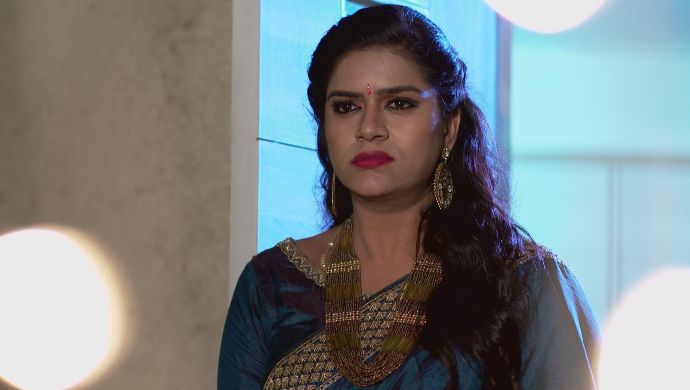 Earlier in Attarintlo Akka Chellellu, Priyamvada brainwashes Aditya by saying that his wrath towards Dharani is justified. She asks him to take extra pills for the night and asks him to try, and make peace with his situations. Next, Priyamvada goes to Shravani and tells her that she still hasn’t won their bet. She would win their bet only when she succeeds in going to the honeymoon, before consummating their marriage at home. When Shravani seems to be agitated with her, Priyamvada moves to Dharani and tells her to prepare for her husband’s madness and rage. Dharani tricks her and tells Priyamvada to know her place in the house. The twins enter their respective bedrooms, where their husbands are waiting for them.

In today’s episode, Shravani closes the door and asks if Vikram had his dinner. When Vikram tells her that he had it, she drinks the glass of milk, since she had not eaten her dinner. Vikram is puzzled by this behaviour because the films show something else. Shravani tells Vikram that she wants to speak with him. He assumes that she wants to confess her feelings for him, finally. However, he is in for another disappointment when Shravani tells him that she does not want to be intimate with him until they have some privacy and solitude. Vikram pretends to be okay with her condition and offers to sleep over the sofa.

At this, Shravani pretends to be upset, and Vikram suggests that they can lie about it to Vedavati.In the other room, Dharani touches Aditya’s feet and he is taken by surprise and helps her to stand back up. Dharani feels shy and walks past him. She faces the wall as she talks about her feelings and sense of acceptance. Aditya listens to her, but soon rage takes over him. The moment Dharani turns around to thank him, Aditya starts scolding her, he calls her selfish and asks her to get out of the room. Dharani starts crying and begs him to allow her to stay in the room. Aditya threatens that he might just do something bizarre if she does not leave. And, a dejected Dharani soon leaves.

Samantha Akkineni Celebrates Christmas By ‘Giving The Light Of Love’ To…

This Festive Season, Feast On This Gluten-Free & Healthy Cake By Upasana…

Fashion Friday: Take A Lesson On How To Rock Black And White From Sreenivas…

Dharani sits outside their room and sobs continuously endlessly. Hamsa sees her and comes to console her. She cries her heart out while hugging Hamsa, and shares all thoughts with her. Dharani promises herself to find the root of his anger, and fix it. Priyamvada takes pride in feeding extra pills to Aditya and feels happy in ruining their first night. She walks ahead to find Vikram who is walking around the pool, alone and deep in thoughts.