In today's episode, Godavari challenges Shravani to marry the man who her father has chosen for her. Read the full update. 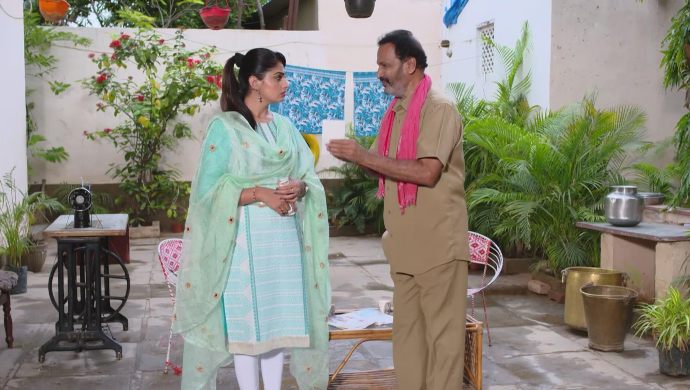 In the last episode of Attarintlo Akka Chellellu, Dharani puts a mat and a make-shift pillow for Aditya. But he is unable to sleep because he does not like the place. Dharani changes the decor of the lawn area entirely so that he would be happy. As expected, Aditya wakes up to a surprise and is thrilled to be in that lawn. Shravani checks her phone to find out Dharani’s location. She notices that Dharani and Aditya have been wandering around instead of going back home. That’s when Shravani feels better and decides to marry Vikram at the earliest.

In today’s episode, Aditya and Dharani are still taking in the beauty of the lawn. Dharani asks if he still wants to find a new house. Aditya excitedly tells her not to look for anything but wants a bathroom. Dharani tells him not to worry and makes a makeshift bathroom with some bamboos and sack. Aditya appreciates her efforts but tells her he wouldn’t feel comfortable, given the holes in the sack and his shy behaviour. Dharani instantly solves it by adding her sarees to cover it all up.

Hamsa wakes up and is surprised to see the lawn. She calls Shivudu and both appreciate Dharani’s efforts. Shivudu and Hamsa wonder why they never thought of it. They pass funny comments among each other and Dharani tells them that she has cleaned the next portion too. And they can move there. Later, Aditya goes inside the makeshift bathroom and tells his wife that he is used to having a bath with a shower. Dharani slaps her forehead slightly but finds a solution for that too.

Priyamvada sees Vedavati sitting silently and offers coffee. But Vedavati refuses to have anything and that’s when Priyamvada starts ranting about how Aditya has changed, unrecognisably, and has become inconsiderate towards his family. She tells the sobbing Vedavati that she would have left her son to die if she were in Vedvati’s situation. Vedavati asks her to stop, Vikram and Vayuputra join and Priyamvada leaves, feeling offended.

Shravani finishes off a meeting with her client, in her house. The client leaves and Narayana enters the house. He tells Shravani about a suitable match has walked towards them and shows a photo to Shravani. Narayana tells her that he is a software engineer and earns enough. Godavari steps in and tells Narayana that she isn’t Dharani who will put her head down and do what he says. Narayana confidently walks away by saying his daughter will not let him down. Godavari challenges Shravani to prove her father right and keep his pride intact.