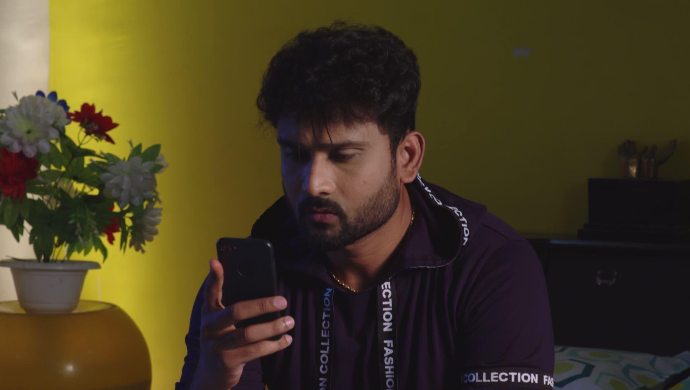 Earlier in Attarinlo Akka Chellellu, Priyamvada brainwashes Aditya entirely and when she sees that he is double guessing everything, she leaves him alone. Aditya comes home and creates a scene in front of Dharani, Hamsa and Shivudu. They try to calm him down but he does not pay any heed to them. He walks inside the house and closes it. Vikram calls Shravani to talk to her. But she taunts him for staying unavailable throughout and then asks if they will not be married if his brother does not come home.

In today’s episode, Shravani talks rudely about Vikram’s sibling, when he tells her that they all want him to come back home before their wedding. Shravani goes to add that siblings are never good for them. They always create problems and we should be happy that they left us, for our own good. Vikram is shocked to hear this and tells us to not to repeat such a thing again. But Shravani continues to say that being a single child is the best thing. Vikram says sorry and hangs up because he couldn’t take it anymore.

Vikram sits on his bed and keeps wondering why she would say something os rude. He thinks if Shravani has a problem with siblings in general. Vikram starts to wonder if this attitude continues further and if she will mistreat Aditya when he comes back home. Shravani wonders why he got so offended and sends him an apology video. Vikram sees it and is happy to know that she did not mean any wrong for Aditya.

He thanks her, wishes goodnight and goes to sleep. Shravani wonders how much more pretend she will have to play before marrying him. Vedavati tells the accountant to transfer money on time so that no temple will have to delay their rituals. Priyamvada thinks that before she could own the property and wealth, Vedavati will write off everything. She goes ahead and tells Vedavati that burning money with all such excuses will not bring her son back. Vikram tries to tell her to shut up, but she ignores him.

Calmly, Vedavati tells him to step aside and explains to Priyamvada that this isn’t burning money. Its called charity. And when they help all the needy people, give them shelter and help them have a full stomach, they will bless the family. And those blessing will bring Aditya back home. Priyamvada thinks to herself that he will never come back home after what she did earlier in the day. She wonders what would be happening between them right now.

Aditya continues to be outrageous inside the house. Dharani tries to make amends but he does not try to reconcile. Dharani asks him to keep aside the anger and at least have dinner on time because he needs to take the medicines. But again, Aditya reacts angrily and walks out of there but also taunts her to have dinner and not pretend as she cares. Dharani cries when Priyamvada calls Aditya and tries to act all innocent and caring. Dharani goes out to see who must have called him and evesdrops on their conversation.

Aditya thanks her for telling the truth and tells her that she is the only one for him now. He also tells her that he feels disgusted to even look at Dharani and talk.

This Diwali Impress The Ladies With Some Help From Our Very Own Tollywood Heroes!